Mithai: What might be the consequences of Sushmita deciding to get Ratul and Sritoma married?

Here is how the story of Mithai might unfold with Sushmita’s decision to get Ratul and Sritoma married.

Zee Bangla’s popular serial Mithai stars Soumitrisha Kundu as Mithai and Adrit Roy as Siddhartha Modak in the lead roles. In a recent episode of the show,  Nipa ran away from the beauty parlour on the day of her wedding and was later found with Siddhartha’s friend Aditya in a hotel. Ratul’s mother Sushmita refused to let Ratul get married to Nipa anymore. However, she now wants her son to marry Sritoma!

Sritoma and Ratul might refuse to get married to each other

The latest developments are way too sudden, and we won’t be surprised if Sritoma and Ratul aren’t ready for this at all. Ratul has developed feelings for Nipa during the course of the preparation of the marriage while Sritoma had harboured romantic feelings for Som for a very long time. The decision to get married to the man who was supposed to marry her sister might be quite overwhelming for Sritoma.

Being Sritoma’s father, it is quite natural for Samaresh to oppose Sushmita’s decision to marry Sritoma with Ratul. He has always encouraged Sritoma to focus on her education and not indulge in anything which might hinder her studies. This marriage might do so and that is why he might resist it. Siddhartha might also agree with his father and try to stop Sritoma from marrying Ratul as he has been in her situation himself where he had to substitute for Som. So, keeping his unhappy marriage in mind, Siddhartha might oppose the marriage.

Also Read: Mother’s Day 2021: Mithai, Apu and others who can be doting mothers with their motherly characteristics

With Nipa’s marriage cancelled, Sulata, Nipa’s mother, might start blaming Mithai for spoiling her daughter’s wedding. Sulata has always tried to cover her daughter’s mistakes. This time also, she might do the same and blame Mithai instead of realising that it is Nipa’s fault.

Also Read: Mithai: Sritoma is the voice of reason Siddhartha should listen to

Siddheshwar Modak is the head of the Modak family and the family members mostly never go against his word. So Siddheshwar might step in again and try to convince Sritoma to accept Sushmita’s decision and get married to Ratul. He might also insist that she saves the name and honour of the family. 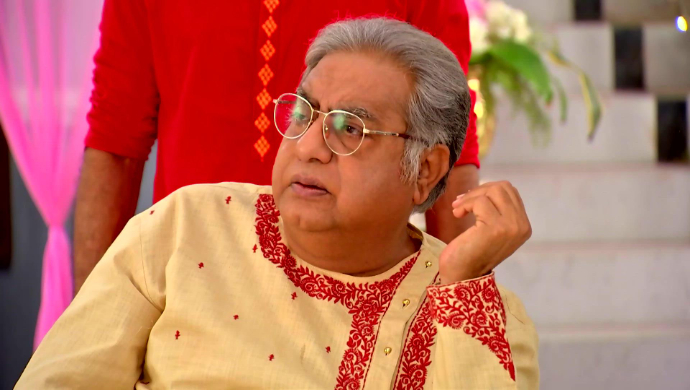 Sritoma and Ratul might agree to the marriage due to Tham

Ratul’s grandmother, Tham, has been very happy about Ratul and Nipa’s marriage and if she is to know that the marriage was called off and Nipa eloped, she might not be able to handle the stress and it might have an adverse effect on her health. Keeping this in mind and also in order to save the family name, Ratul and Sritoma might reluctantly agree to get married to each other.