Mithai: Siddhartha and Ratul’s contrasting personalities are proof that not all millennials are same

Both Ratul and Siddhartha might be millennials but their personalities and choices are poles apart and this proves that all millennials are not the same.

Zee Bangla’s popular serial Mithai stars Soumitrisha Kundu as Mithai and Adrit Roy as Siddhartha Modak in the lead roles. In a recent episode, we saw that Ratul, Nipa’s would-be-husband, has decided to leave his job in a foreign country to pursue higher studies. This leads to a long discussion between him and Siddhartha and we get to see the differences of opinion between the two about life and career choices. They are both millennials but are on two different sides of the coin when it comes to their perspectives about life and professional decisions.

Ratul is a very family-oriented man. His company had asked him to sign a new contract, and according to that, he would have to stay in the foreign country for 5-6 years without visiting India. He refused to stay away from his family for so long. He gives utmost importance to his family, unlike Siddhartha who is more career-oriented. He has always prioritised his career over his family. On numerous occasions, he has ditched merriment with his family to concentrate on his work.

Also Read: Mithai: Will Mithai’s sweetness be able to bridge the gap between Siddhartha and his family?

Ratul has a very balanced approach to life. He is quite practical when it comes to his life decisions but he also considers emotions and sentiments connected to those decisions. He considers his family members and their happiness and also his own happiness when he is taking his life decisions. Siddhartha, on the other hand, has always approached life with practicality. He takes all his decision from a practical and rational approach, and emotions have little role to play there. Even during his discussion with Ratul, he says that in real life nobody cares about feeling but materialistic gains matter.

Ratul has always happily participated in traditional rituals and festivals along with the members of the Modak family. He was seen enjoying Saraswati Puja, Dol, and even his aashirbad with Nipa and has always respected the traditions. Siddhartha, however, does not believe in traditions and rituals. Even after his marriage, he refused to partake in any ritual and Mithai had to do them all herself. While many millennials have the same belief as Siddhartha, there are still few who will take Ratul’s side.

Ratul is a jovial, extroverted man who enjoys the company of his family members and socialises with everyone. He is often seen spending time with Nipa’s cousins and taking part in the merriment along with the family members. He has a very nice relationship with all of Nipa’s cousins and Mithai. On the other hand,  Siddharth has been aloof all his life. He dislikes too much noise and usually stays in his room, enjoying his own company. Even though he has many brothers and sisters, he doesn’t share a closely connected relationship with them.

Also Read: Mithai: 5 reasons why Mithai is the best life partner Siddhartha can ever get

Ratul’s caring side came out in the recent episode after he announced his decision of leaving his job in front of everyone. After announcing that he does not want to go back to his job, he looks at Nipa and asks her if he has hurt her with his decision. He also decides to justify his actions to Nipa and her family because he cares for her. But Siddhartha is quite indifferent to Mithai’s emotions and feelings. Many a time, he has burdened her with his decisions and has never considered her feelings. He has scolded her whenever he saw fit,  even if she was already upset. 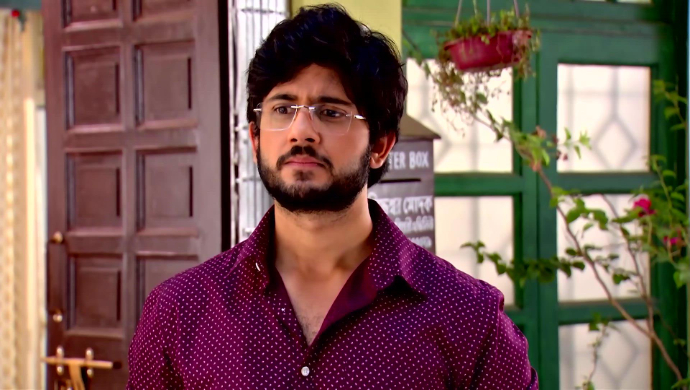