Veera Of Black Widows Vs Meerawati Of Paurashpur: Who Is A Bigger Schemer?

Do you think Mona Singh of Black Widows was a bigger schemer who murdered her husband or was it Meerwati of Paurashpur who conspired against the king?

In 2020, ZEE5 gave us some great shows that showed women taking charge and retaliating against the tyranny of men. Churails, Black Widows, Kaali 2, Paurashpur – the women in these shows not only stood up against the wrong-doings of the men around them but also answered to those in the most badass ways. And we couldn’t help but wonder, who among these women was the biggest schemer? Let’s take a look! (Spoilers Ahead!)

Black Widows, a remake of a Finnish series of the same name, is a show about three wives who, to get rid of their abusive husbands, decide to kill them with a bomb. One of these wives is Veera Mehrotra (Mona Singh). Her husband, Jatin (Sharad Kelkar), is the owner of a big transport company and in his frustration, keeps threatening Veera that he will kill their daughter (or so it seems). Veera then makes the decision of saving their daughter, and her sanity by killing Jatin.

Paurashpur, on the other hand, is a show about a fictional kingdom in medieval India, where a tyrannical and misogynist king wreaked havoc. He is deeply submerged in his lust and keeps abusing his wives for the same. His first wife, Queen Meerawati, refuses to allow that to happen and takes charge in her own hands to save the women from his tyranny.

Also read: From Black Widows To Mentalhood: ZEE5 Gave Us Some Of The Best Women-Led Shows In 2020

Both, Veera and Meerawati, were the wives who refused to stay silent about their husband’s mistreatments. While Veera did take a bold and dark step, she did not take measures to make sure that her step succeeded flawlessly. Also, she did not make sure to think of all the consequences of her actions, which landed her in more troubles than she had imagined.

Meerawati, was someone who lived and breathed politics. She could keep the biggest secret of the kingdom from her king for years and years. She very calculative and teamed up with the person whom the king was the most intimidated by – Boris. She also made sure that all the queens who the king wanted to abuse were secure from him. And she carried out all this right under his nose! 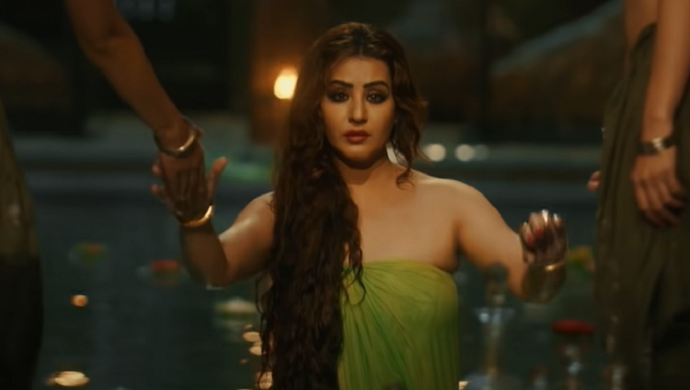 Veera, however, took advantage of her husband’s death by taking over his company. This was not something she had expected but it also landed her in unexpected troubles. Owning something with hideous secrets was not something that would’ve benefitted her. Meerawati’s actions did come in light, but her retaliation after that was bigger – burying the evil and powerful king alive, in a wall!

Our vote for the bigger schemer, thus, goes to Meerawati! How about you?

To have some more edge to this thought, watch these series – Black Widows and Paurashpur again on ZEE5.

For more stories on your favourite shows, stay connected to ZEE5.