Paurashpur: Did You Know Milind Soman Was Offered This Role Before Boris In The ZEE5 Series?

Now when we see Milind Soman as Boris, we can’t think of any other actor who could nail this character as well as him. But the makers were considering Soman for a different role revealed one of its writers, Mr. Ranveer Pratap Singh.

Paurashpur, the series about a fictional kingdom from 14th century India, is going to premiere soon on ZEE5. The trailer had intrigued us enough and the long wait for its premiere was too much to bear. So, to know more about the show and satiate our curiosity, we had a discussion with one of its writers, Mr. Ranveer Pratap Singh.

During our conversation, Mr Singh told us how it took about one and a half years and about 10-15 drafts for them to finally come to this show. He also elaborated on Milind Soman’s casting and how he was offered a different role to play initially. While discussing the casting details, the writer said, “Milind Soman was originally considered for the role of the king, but after reading the script, he asked us to give him the role of Boris – and that worked out for the best.”

Speaking of how Annu Kapoor was able to bag the role, the writer said, “For the role of the evil and misogynist king, Bhadrapratap, we considered several actors from Piyush Mishra to Swanand Kirkire, but ultimately settled with Annu Kapoor. And Annu Kapoor was the actor who most quickly connected with his character, and portrayed it brilliantly.”

He also told us about the way they designed the aim of the plot – to overthrow misogyny. He said, “In every era, patriarchy has tried to oppress women to such a level that it always needed to be overthrown. And among all this, the third gender was always neglected and further oppressed and we wanted to change that. That is the reason why the character of Boris is so prominent in the story and is shown a fighter who also aims to overthrow the king.”

Also read: Paurushpur: Here Is Why We Think Milind Soman Is a Real-Life Boris Who Supports Women Empowerment

#MancrushMonday: From Made In India To Paurashpur, Elaborating On Why Milind Soman Deserves This Title 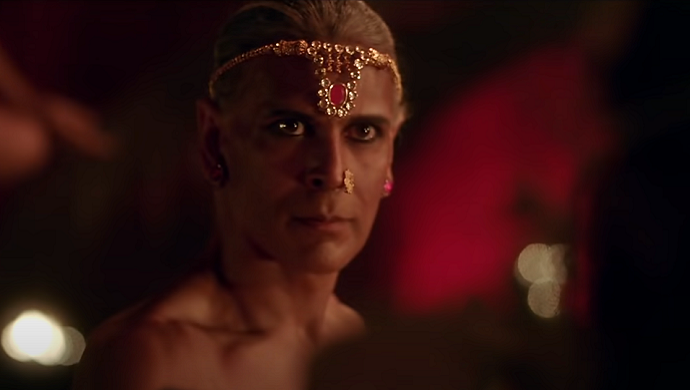 Well, now when we think about Milind Soman and Boris, we agree that it was indeed the best decision. With his persona, his acting skills, and his charismatic looks, he is sure to own the screen with his portrayal of Boris!

Paurashpur premieres on December 29 on ZEE5.