Kundali Bhagya: Kidnapping, Poisoning, Murder And All Other Crimes That We Witnessed On The Show

From kidnappings to spiking drinks, here is everything that has gone down on Kundali Bhagya!

Currently, on Kundali Bhagya, ACP Vijay has arrested Preeta (Shraddha Arya) for Akshay’s murder. While everyone might feel like Kundali Bhagya has taken a dramatic turn into a murder mystery, you must know that this is not the first crime committed on the show. The three big villains of the show, Prithvi (Sanjay Gagnani), Sherlyn (Ruhi Chaturvedi) and Mahira (Swati Kapoor) have all had their fair share of ploys that have required them to do something illegal and criminal if we must say. If their crimes are ever listed out, with supporting proofs, they could probably be the ones in jail, instead of Preeta!

Take a look at some of the crimes that we have previously witnessed on the show!

The first arson case takes place during Rishabh (Manit Joura) and Sherlyn’s engagement. Janki finds Sherlyn and Prithvi hugging each other in a room while everyone outside is waiting for them. When Janki discovers their affair in the room, Prithvi and Sherlyn notice her and realise that this could be their end if they don’t take some quick actions. So they end up hitting Janki’s head with a metal vase and making her unconscious. Later, they drag her and hide her in the storeroom. To get rid of her and leave no trace, they decide to burn down the hall completely!

There have been many attempts to kill people on this show, but many have been fruitless. Nonetheless, they are crimes, right? Mahira has tried to kill Preeta at least thrice on the show. Once, by hiring a truck driver to run over her, once by adding poison in her food during Karwa Chauth and then by leaving Preeta alone in a room on fire. Also, Mahira’s mother once added poison to Sarla’s laddoos to get her arrested as well!

Prithvi and Sherlyn have tried to kill Janki multiple times, once by burning her alive, once by choking her with a pillow and later by running over her by a car! Janki was rendered paralysed and could not talk for months after these incidents, but she bounced back, stronger than ever before. These two have even tried to kill Mahesh Luthra when he discovered their secret! They were the reason behind Mahesh’s critical condition and his slipping into a coma. Sherlyn had also injected the wrong medicines to deteriorate Mahesh’s health further in the show! 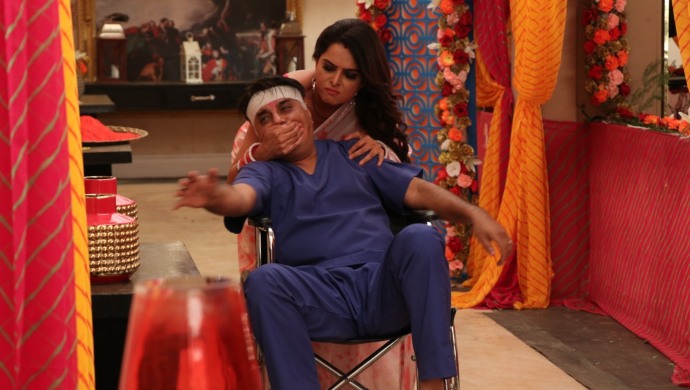 This is not all! During Rishabh and Sherlyn’s wedding, she planted a bomb in Rakhi’s purse so that Preeta and Karan would stop messing with her and let her marry Rishabh peacefully! What peace was she expecting after a bomb blast?!

Also read: 5 Times When Luthras Blamed Preeta For Their Problems In Kundali Bhagya

During Preeta’s Muh Dikhai ritual, she was kidnapped from the Luthra house by Prithvi and his brother Pawan. They wanted Mahira to take Preeta’s place at the ceremony. Pawan also wanted to “help his brother get what he wants”. They tied Preeta up and even taped her mouth. Preeta also had an injury to her head by the end of the incident. But Janki helped Preeta get to plan her escape.

Other than this, we must also mention how Karan has been drugged twice, by two different women on the show! Once, Mahira added a drug in Karan’s water when they were in Manali. She wanted to ruin Preeta’s honeymoon and have one for herself and she wanted to take advantage of Karan. The other time was when Monisha, hired by Prithvi, was made to roofie Karan’s drink so that he loses control and his memory. Monisha needed to make it look like Karan had raped her so she drugged him! She obviously didn’t succeed.

Can you remember any other crimes committed on the show? Hopefully no!