Who Should Ranbir Marry? Vote For Your Favourite Kumkum Bhagya Bride

Ranbir’s marriage has been arranged with Maya, but a bridal swap at the wedding results in chaos. Who will Ranbir actually marry?

Kumkum Bhagya is waltzing into another big drama yet again! The lead couple of the show, Krishna Kaul and Mugdha Chaphekar, playing the role of Ranbir and Prachi are all set to get married onscreen! It has been a chaotic wedding all along. Right from the start when everyone was celebrating Prachi’s return from the jail and Maya’s uncle landed at Ranbir’s home. He ordered that Ranbir and Maya were to be married the next day itself. He even went to Prachi’s house and threatened her entire family. But can anyone keep two lovers destined to be together, apart from each other?

In a sequence of events, Prachi, her cousin Shahana, Sarita, and Aryan tried to stop the wedding by using Maya’s boyfriend Rahul as a weapon. But the plan flopped and Prachi ended up having a face-off with Maya. It ensued in a scuffle and Maya was knocked unconscious. Prachi took her place in the mandap. But now Aliya is plotting to replace the bride as she wants Rhea to marry Ranbir. Unaware of the developments, Ranbir’s mother along with Shahana and Aryan are in a search of Prachi! 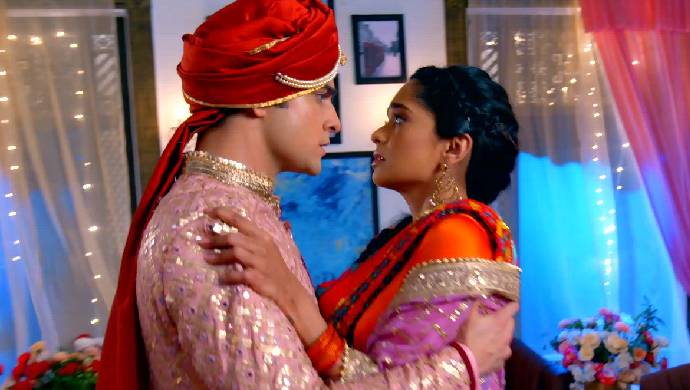 Will Maya’s uncle be able to recognise the farce? Prachi and Ranbir’s last hopes reside on Abhi’s entry. They are waiting for him to save them. But will they eventually end up married? On the other hand, Aliya has planned an elaborate plot of kidnapping. The goons hired by her are about to reach the venue, will they end up kidnapping Prachi in Maya’s place? Vote for the bride you think is perfect for Ranbir!

Want to know what will happen next? Then stream Kumkum Bhagya episodes before TV only with ZEE5 Club Pack.