Vijay The Master: 7 ‘Seeti Maar’ Dialogues By Thalapathy Vijay That Are Strong And Impactful

From politics to revenge, take a look at seven best dialogues by Thalapathy Vijay that are massy and entertaining in itself.

The latest Tamil action thriller, Master, starring Thalapathy Vijay and Vijay Sethupathi, recently got its Hindi dubbed version released on ZEE5, named ‘Vijay The Master’. With some energizing action sequences and a great story, the film proves to be a complete entertainer. Thalapathy Vijay plays the lead role of JD in Master, who is a college professor, tasked with reforming juvenile inmates. Throughout the film, his strong and impactful dialogues keep our interests invested in his character. Take a look at seven of the best dialogues of Thalapathy Vijay in Master.

1. “We are hearing but not listening” 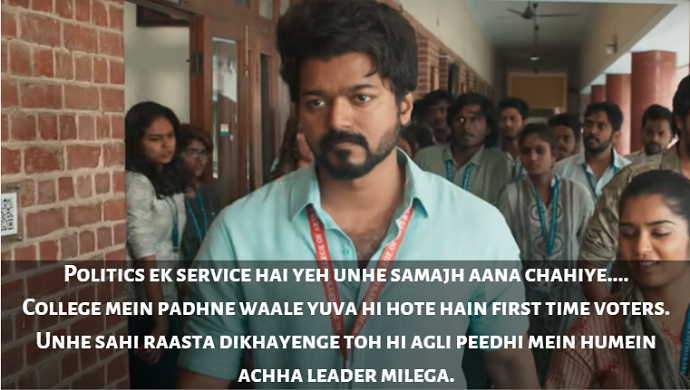 When one of his students stands in the elections as a candidate for chairperson of the student committee, she asks him for help. He says that she needs to give a good speech, as all good leaders are good orators. He tells her, “Tumhe bhi datkar bolna hoga. Dusron ki kamiyaan ginaa kar vote lene ke bajaay tum kya karna chaahti ho yeh bataakar vote lo.“

Also read: Vijay The Master Review: A Perfect Action-Packed Entertainer For Every Thrill-Seeker

When the candidate divides all the students of the college into 10 categories, and one column is for religion or caste, JD says: “Iski zarurat nahi hai ise yahaan se hi kaatenge toh aage chalkar hamaari aadatein badlengi.“ 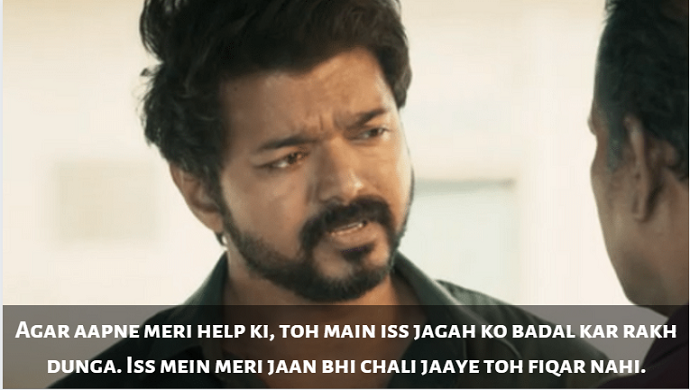 Watch Vijay The Master on ZEE5.