Throwback Thursday: Now we know why Divya dressed as a little boy in Kalyana Vaibhogam!

Divya from Kalyana Vaibhogam stole all our hearts with her move, here’s how!

Kalyana Vaibhogam, starring Meghana Lokesh as the identical twins Manga and Nithya, and VJ Sunny as Jai, also features some of the cutest kids as Abhi, Divya, and Charukesa. Sridevi Bangaram plays the role of Divya while Ram Charan AKA Luckystar Chakri plays the role of Abhi and Rohan Roy plays Charukesa. Divya never fails to win all hearts whenever she is on screen and did the same yet again.

Watch the spoiler for a latest episode of Kalyana Vaibhogam right here!

Also Read: Kalyana Vaibhogam: Will Manga’s mother be able to help her recall her past?

To help Manga recollect her past, she dresses up as a man so that Manga can recollect the incident when she played Kabbadi dressed as a man. While the resemblance between the mother and the daughter is uncanny, we really hope that Manga is reminded of that Kabaddi game where she dressed exactly as Divya did!

Divya has to be one of the most thoughtful children out there, and her dressing up as a man just for her mother proves it yet again. At such a young age, she is fine with putting up a costume, even if she doesn’t understand why she is doing it. She has certainly taken up after Manga, who is also always thinking about others. 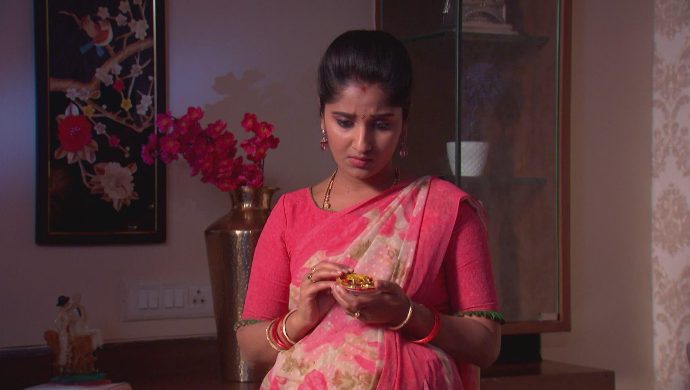 Needless to say, she looks absolutely adorable in her new avatar and melts all hearts. We can’t wait to see how she goes about as a man. While we want Manga to recollect her past soon, we would not mind it one bit if Divya imitated Manga to help her, because of how adorable it is. This also proves that Divya can nail almost any role. From acting like a man to pacifying her brother, she is too smart for her age!

Stream Sa Re Ga Ma Pa- The Next Singing Icon and many shows like this, only on ZEE5!