All you need to know about Kundali Bhagya actress Supriya Shukla.

Veteran artist Supriya Shukla is an Indian film and television actress. She has been a part of a number of TV shows and films over the past few years and is a widely loved and recognised face among the audience today.

She is currently playing Sarla Arora in Zee Tv’s highly successful shows Kumkum Bhagya and Kundali Bhagya. She has made a mark on the hearts of the viewers as her fans adore her character in the TV serials.

Supriya Shukla was born on September 14, 1975. Her birthplace is Delhi, India. She did her graduation from Lady Shri Ram College For Women in New Delhi.

She is been married to Haril Shukla and has two daughters. Her elder daughter, Jhanak Shukla, has also been a child actor and has done some popular shows like Karishma Ka Karishma and has been a part of hit films like Kal Ho Na Ho, whose star cast included Shah Rukh Khan, Preity Zinta and Saif Ali Khan.

Supriya Shukla made her debut in 2004 with one of the most successful television serial called Woh Rehne Waali Mehlon Ki, wherein she played the role of Nirmala Parashar. This was aired on Sahara TV Channel.

In 2007, she starred as Kadambari in another series named Rakhi: Ek Atoot Rishte Ki Dor on Zee Tv.

In 2009, Shukla acted in the series Palkon Ki Chhaon Mein. The series was broadcasted on Imagine TV.

She starred in a series Tere Liye in 2010, for which she has received tremendous praise and recognition as well. The series was televised on Star Plus where she played Laboni Banerjee.

In 2011, she appeared in Dharampatni and Meri Maa that were also very popular television shows.

In addition to roles on television, she has made her presence in the Bollywood industry and has appeared in many films including Parineeta (2005), Salaam-e-Ishq (2005), Lage Raho Munna Bhai (2006), 3 Idiots, Do Dooni Chaar, Mummy Punjabi, Buddha Hoga Tera Baap, Main Tera Hero, Shubh Mangal Saavdhan and plenty of others worth watching.

She is currently a part of Zee Tv’s hit shows, Kumkum Bhagya and Kundali Bhagya. 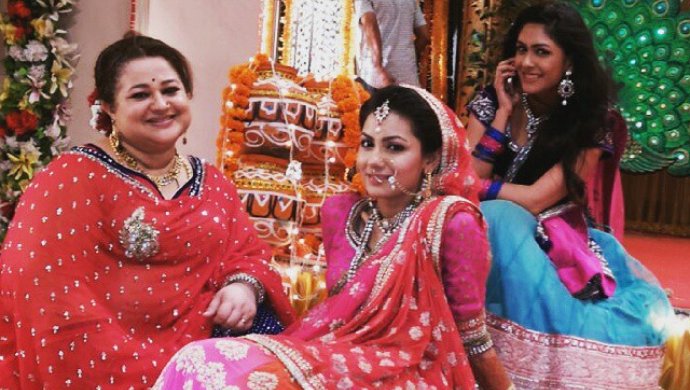 In 2011, she got the Star Parivaar Award For Favourite Maa for the show Tere Liye.

And in the year 2017, she was given the Zee Rishtey Award For Favourite Maa for the show Kumkum Bhagya.