Ravi Dubey: From 12/24 Karol Bagh To Jamai 2.0, A Look At His Exciting Journey With Zee

From a sweet boy next door to a hot and sizzling Jamai on a mission, check out Ravi Dubey’s exceptional journey with Zee.

Ravi Dubey is an excellent actor and there are no two thoughts about it. The Jamai 2.0 star has not only charmed the audience with his exceptional good looks but has also left them wanting for more with his class apart acting. He’s one of those stars who can easily mould themselves into different characters as per the script’s demand. Although Ravi started his acting journey in 2006, he got his big break in the year 2009 with Zee’s 12/24 Karol Bagh. Ever since he’s been our beloved Jamai.

Check out Ravi’s outstanding performance in Season 2 of Jamai 2.0 here:

Ravi Dubey has had an incredible journey with Zee. He’s been one of the most loved and sought-after Zee faces ever since his debut with the network. While his latest, Jamai 2.0, is getting amazing reviews, let’s take a lot at this actor’s phenomenal journey.

Also Read: Ravi Dubey Reacts To Nia Sharma Calling Him The ‘Best Kisser’ And His Reaction Is All Things Adorable

‘12/24 Karol Bagh‘ revolves around the story of the Sethi family that lives in the middle-class locality of the Karol Bagh area in Delhi. The head of the family, Rajinder Sethi, has to bear the wrath of the Sealing Act in Delhi and has to shut down his small-time cloth business. While the show mainly focused on the eldest daughter of the Sethia family, Simmi played by Smriti Kalra, and her marriage, we fell in love with the lovely Sargun and Ravi. Sargun played the younger daughter Neetu Sethi while Ravi essayed the role of Omkar Dagar, her love interest. The show also starred Neil Bhatt, Alka Amin, Banwari Taneja, Hunar Hali, and Wasim Mushtaq in prominent roles. In fact, this is the show which got our dear Jamai his real-life wife, Sargun Mehta. Check out this post shared by the actor on his IG profile.

Who doesn’t know Jamai Raja? It was such a refreshing take on the post-wedding dynamics that the show was a huge hit when it was released. Ravi Dubey played the role of a successful hotelier Siddharth Khurana (Sid) who marries his lover Roshni(Nia Sharma) and lives with his in-laws instead of taking her home with him. Unlike any other son-in-law we’ve ever seen, Sid is shown as someone who values relationships the most and hence keeps everything aside to sort out the conflicts between Roshni and her mother, DD Patel, played by Achint Kaur. Recently, Ravi shared a clip from Jamai Raja on his Instagram reminiscing the good old days.

Ravi has not only impressed with his acting skills but has also made our stomachs ache, as we laughed at his funny antics. The best example of this was the Jamai 2.0 actor hosting the 2nd season of India’s Best Dramebaaz with his colleague and good friend Rithvik Dhanjani. The actor kept us entertained with his comic timing throughout the show. 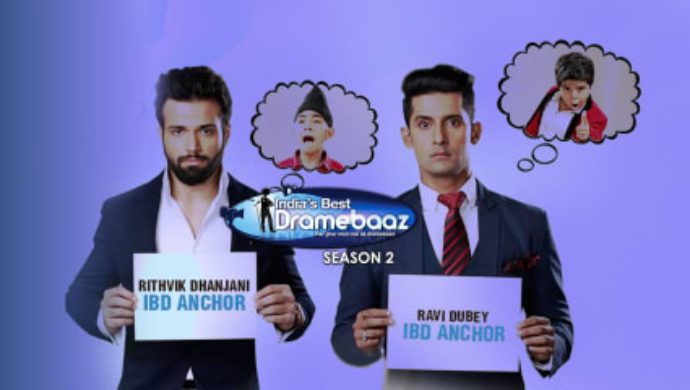 The Jamai 2.0 actor also hosted another reality show with Zee and that too one of its flagship properties, Sa Re Ga Ma Pa Li’l Champs. Ravi was seen encouraging the children as well as having a lot of fun as he anchored the show. 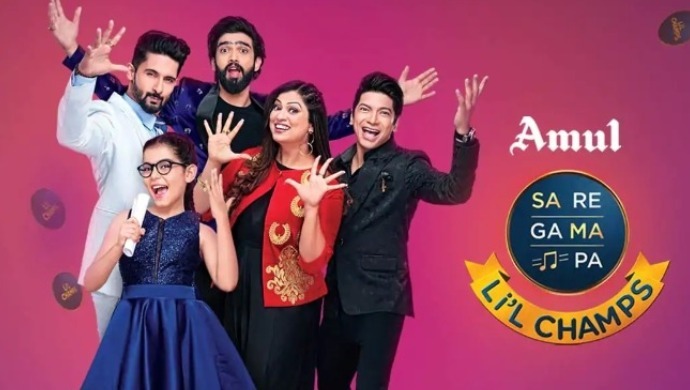 Firstly, if you haven’t watched Jamai 2.0 yet, go and watch it right now! With the kind of love Jamai Raja got, it was impossible for Zee to not come up with another show, loosely based on the former. While the characters of Sid, Roshni, and DD Patel remain the same, the storyline of Jamai 2.0 is on a whole different level altogether. It’s a revenge saga, filled with passion, love, drama, thrill, and mystery. With season 2 out, the audience has already started demanding season 3. Ravi Dubey looks better than ever and is making us fall in love with him all over again.

We’re definitely awed at the brilliant performances given by Ravi Dubey and can’t wait to see more of him in future. If you haven’t completed season 2 yet, we suggest you start already!