If not an actor, she would have become an air-hostess! On ZEE5 Unboxed, Naxalbari actor Tina Dattaa let out many interesting facts. Read more.

We interviewed the beautiful and talented actress who has made a prominent place in the Hindi television industry, Tinaa Datta. Tina was recently seen playing the role of Ketaki in the ZEE5 series Naxalbari. We got in touch with her to know about her experience in the show and also to know some unknown facts about her.

We asked if she was a morning person or a night person, to which she replied that she is a morning person. She always starts her day with coffee and yoga. And the tunes she listens to start her day are Hanuman Chalisa or the chanting of Om Namah Shivaay. To know more about her daily life, we asked what was the thing she never left her home without, and she said that due to the present situation, it was definitely her face mask. She also revealed that just because the times are so scary, she hasn’t used public transport in about a year. 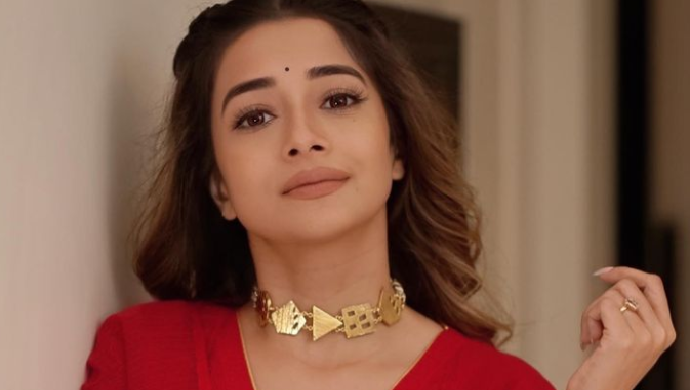 We wanted to know what her bad habits were, but she replied that she didn’t have any! On the contrary, she has a great habit of sleeping by 10:30 at night. She also revealed that she has major OCD, so she never likes things untidy. Even when her friends visit her place, she doesn’t like it when they mess up the couch.

Also read: Naxalbari: 6 Reasons Why You Need To Watch Out For Tinaa Dattaa In This Much-Awaited ZEE5 Original

She then revealed that she has used her star status to get her Europe visa, as the person who was interviewing recognized her, and she also used it to get away from situations when her driver would break the red signal and the cops would recognize her on stopping the car. She would request them to let her go to attend urgent meetings or to catch a plane! She also sometimes uses it when she’s in a long queue and someone recognizes her and lets her cut through.

To know more, we asked her what was the last lie she said, and she said that there’s only one situation where she ever lies. Her parents don’t like it when she shops a lot, so she just buys things and says they’re a gift or for a collab! She also mentioned that she would never lie in a relationship.

Tinaa’s perfect date, he said, would involve a candlelight dinner, where the guy would bring flowers for her. Also, her ideal dish to have on a date is Chinese. Her favourite holiday destination is New York, where she likes to visit the food joints on Manhattan Street, and absolutely loves the Godiva Hot Chocolate from New York. And, if ever, stuck on an island with a celeb, she wishes that celeb to be Ranveer Singh. Tinaa says, “Ranveer is fun-loving, adventurous, and full of energy, so I could never get bored with him.”

Talking about her experience in Naxalbari, Tinaa reveals that from the series, her favourite character is Ketaki – which is herself! She said that she loves her character’s dialogue, “I’m not a spy. I’m a revolution.”

She says that if given a chance, it is Rajeev Khandelwal from the series who she would like to work with again. According to her, the 3 reasons to watch Naxalbari, are – firstly because the story and concept are so gripping, secondly because a lot of hard work has gone into it, and lastly because she’s in it! Tinaa wanted to be an air-hostess previously, but we sure are happy that she became an actor, as we got to see her brilliant performance in Naxalbari!

Catch Tinaa Datta as Ketaki in Naxalbari on ZEE5.