Jamuna Dhaki, Ki Kore Bolbo Tomay and other shows that broke stereotypes in 2020

The year 2020 presented us with many unexpected twists and turns which were not the most pleasant ones to deal with. However, we witnessed many delightful surprises when our favourite small-screen characters broke stereotypical beliefs. From Thammi turning into a runway model to Jamuna excelling as a dhak player, they proved to the world that stereotypes can be broken. Check out how they managed to do it.

Watch what will happen next on Ki Kore Bolbo Tomay here:

A passionate fashion designer, Ki Kore Bolbo Tomay’s Radhika Sen, was faced by numerous challenges that Thammi threw her at her. Having a conservative mindset and believing that married woman should only be a housewife, Thammi tried her best to prove that Radhika would only be able to manage one thing at a time. But Radhika’s determination to prove that she can handle both her duties at a time proved her right and eventually convinced Thammi.

When Karna and Radhika found out that the professional models had backed out of their fashion show, they worked their way out. They decided to turn Anuradha, Moni, Sohini and Radhika into models for the show. Thammi’s appearance on the ramp was a surprise and a cherry-on-top. By walking the ramp, they proved that a profession shouldn’t be stereotyped and that modelling shouldn’t be restricted to any age.

We have known men to always play the Dhak at various occasions and events. It is extremely rare for us to see a woman do it in today’s world. But Jamuna’s passion, love and determination to be a successful Dhak player was commendable. With zero care in the world for people’s judgemental reactions and hurdles that came in her way, Jamuna fought her way through things and showed the world that no profession is based on the gender of a person. 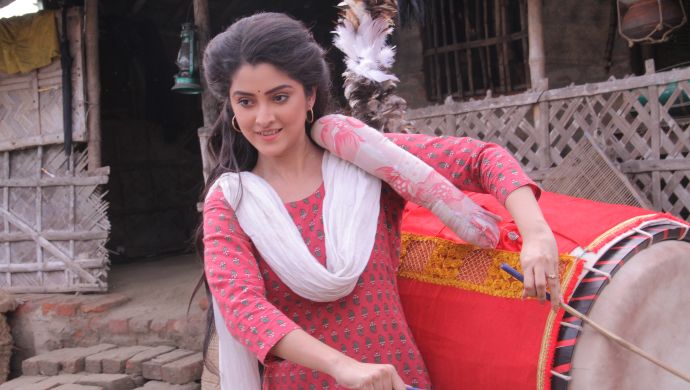 Although Apu has faced several gender-biases, mainly coming from her own father, her determination to prove her capabilities to the world remained unbroken. Besides not giving up on her dreams, she also proved that she’s capable of doing everything that a man can. Her determination and strength to stand up for her rights proved to be extremely inspirational.

Given the conservative approach towards life people had in the 19th Century, it was not normal for a widow to remarry. But Rani Maa broke this stereotypical practice and allowed Kamala to marry Raghobendra after several arguments and fights with members of the society.

To Sir Donald’s surprise, when he threatened to kill Rani Maa, he was met with revolvers pointing at him and his men by Jagadamba, Padma, Kamala, and Peshonno. At a time when Britishers ruled the country and enslaved Indians, it became a huge act of women empowerment as all of them picked up the weapons to defend their honour. With zero fear in their hearts and immense confidence in confronting the British, they broke the stereotype about a woman’s strength, courage and abilities.

Stream other ZEE5 shows such as Krishnakoli before TV only on ZEE5!