Amar Akbar Anthony was a drama on the separation of siblings. Is the upcoming ZEE5 original Crashh on similar lines?

ZEE5 and Alt Balaji’s new show Crashh is making headlines for its interesting cast full of youngsters like Rohan Mehra, Aditi Sharma, Anushka Sen, Kunj Anand and Zain Imam. The plot of this upcoming new series revolves around a crash, hence the title. This crash is vital to the story because it changes the lives of four siblings forever.

Amar Akbar Anthony, one of the most popular movies of Hindi cinema also did revolve around a separation of siblings and the splitting up of a family. The story goes like this, Kishanlal worked for Robert, a big crime lord, and was sent to jail instead of him for a hit-and-run case. Robert promised Kishanlal that his family would be looked after till Kishanlal was free again. But, Robert does not do as promised and Kishanlal is in for a shock for when he finds his family in a poor state. 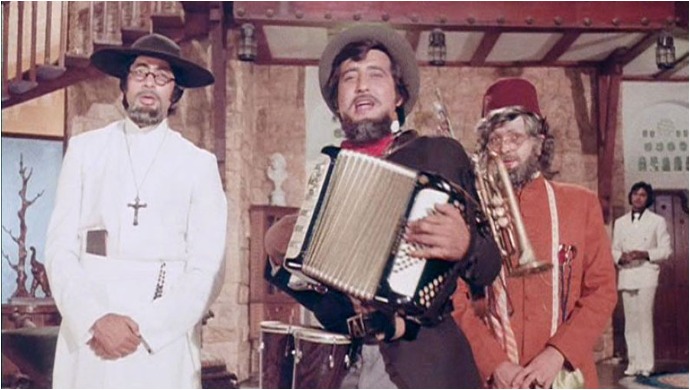 When Kishanlal goes to confront Robert, his goons attack him and what follows next is the separation of three brothers. For 22 years the three boys live apart until they meet at a blood donation camp for a hit-and-run case, where incidentally their mother is also present. Of course there are love stories that each of the boys have too. As they fall in love, they also reunite and end Robert as their revenge. This movie was extremely popular for its cast, songs and also it’s theme of ‘unity in diversity’.

Coming to Crashh, while there has been no trailer yet, by the looks of the poster one can figure out that the parents seem to be missing from the equation.

Crashh could be like Amar Akbar Anthony, but its main focus will be on the exploration of the bond between siblings and the fateful Crashh. We are yet to find out what Zain Imam’s character will be doing in this show but we can’t be more excited by his presence in the poster!

Amar Akbar Anthony was a huge feature film and had several sub plots like taking down the crime lord. This could not be the case in Crashh. We hope to see a lot of focus on the sibling relationship and the issues that crop up while trying to reconnect with siblings after years of separation. Take a look at a BTS photo from the sets:

We can’t wait for the trailer to come out and tell us more!