Crashh: From Anushka Sen to Rohan Mehra, Meet The Star Cast Of This Upcoming ZEE5 Original

Crashh starring Anushka Sen, Rohan Mehra and Aditi Sharma is all set to give you a fresh take on the epic bonding between siblings. Check out the first look.

Crashh is an upcoming ZEE5 Original. The show is a narrative about four siblings who fall apart after a crash and meet again. It is a story about love and emotions between siblings. Crashh has an ensemble star cast lead by Anushka Sen. Here are some of the actors who will be seen in this upcoming series on ZEE5, produced by Ekta Kapoor.

Anushka Sen would portray the role of Alia who is one of the four siblings. The actor would be the twin sister of Rohan Mehra aka Rahim. The actor was last seen in the ZEE show Apna Time Bhi Aayega. She also gained major recognition with her portrayal as Rani Laxmibai in the show Jhansi Ki Rani.

Kunj Anand will b portraying the role of Kabir who is one of the four siblings. He was last seen in the ZEE5 Original Dark 7 White where he was widely appreciated for his performance.

Aditi Sharma would be playing the role of Kajol in the ZEE5 Original Crashh. She is one of the siblings in the show. The actor has been a part of ZEE TV show Kaleerein. She also gained recognition with her role as Roshni in Jadu Hain Jinn Ka.

Rohan Mehra plays the role of Rahim in the show Crashh. He is the twin brother of Alia. Rohan Mehra has been a part of various TV shows. He was also a contestant in Bigg Boss 10.

Zain Imam would be portraying the role of Rishabh in Crashh. He has been a part of several TV shows. The actor gained major recognition with his role as Yuvraj Luthra, in Zee TV’s Tashan-E-Ishq. He was also a part of the ZEE5 web series Poison 2. 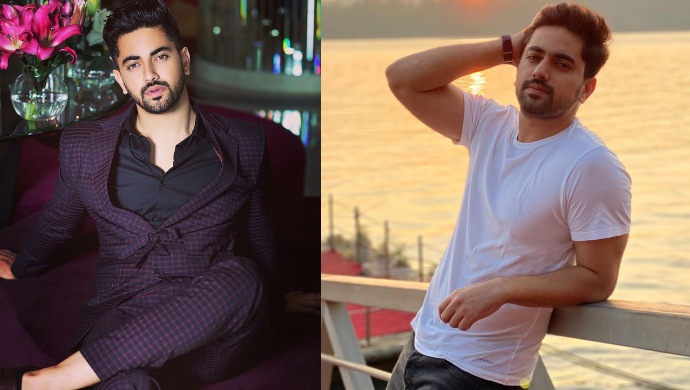 Crashh would be streaming on ZEE5 from 14 February 2021.  While you await the release of Crashh, watch more amazing shows like Kaagaz, Naxalbari and Bicchoo Ka Khel on ZEE5.