All you need to know about Ranbaaz Phirse actor Gul Panag.

Gul Panag is a critically acclaimed Indian actress and model, who had won the Miss India pageant in 1999 and also contested in the Miss Universe pageant. An all-rounder, Gul Panag is also a certified pilot. An avid biker, a marathon runner and an automobile enthusiast, she is the first Indian woman to drive a Formula E racing car. Besides her interest in politics, she is proficient in debates and has an active interest in politics.

Gul Panag was born on January 3, 1979, as Gulkirat Kaur Panag in Chandigarh, India. She started her education in Sangrur, Punjab. Since her father, Lt. Gen. Panag hailed from an army background, the family was on a constant move across India and abroad. As a result, Panag had to change schools 14 times. Some of the schools she studied in were Kendriya Vidyalayas (in Chandigarh, Mhow, Leh, Wellington and Tamil Nadu), The Lawrence School, Lovedale and the International School of Lusaka, Zambia. She completed her Bachelors in Mathematics from Punjabi University, Patiala, and Masters in Political Science from Panjab University, Chandigarh.

She has a younger brother, Sherbir Panag, who is a nationally ranked skeet shooter.

Panag was an A-grade student and eagerly participated in sports and public speaking. She has won numerous state and national level debate competitions, including two gold medals at the Annual National Inter-University Debate competition.

Trying her hand at Formula E, she debuted on the racing track at the Mahindra Racing’s all-new M4Electro at the Circuit de Calafat in Catalonia, Spain.

MOM = WOMAN What a beautiful way to use mathematics and a journey of a genius to say such a simple, powerful thing Loved #ShakuntalaDeviOnPrime ❤️ @primevideoin @balanvidya @sanyamalhotra_

Panag got married to her long-time boyfriend, Rishi Attari, an airline pilot, on March 13, 2011, in a traditional Punjabi Sikh ceremony in Chandigarh. The couple has a son named Nihal, who was born in 2018.

Gul Panag began her career as a model. She won the Miss India pageant in 1999 and was crowned Miss Beautiful Smile at the same pageant. She participated in the Miss Universe 1999 pageant. She tried her luck in many advertisements for both print and broadcast media.

She stepped into the Bollywood industry with her debut in the 2003 film Dhoop. Then she appeared in Jurm in 2005. Panag shot to fame with films like Dor (2006) and Manorama Six Feet Under (2007).

The actress has ventured into the Television and OTT platform space with web series like Kashmeer (2003), Khoobsurat, Kismey Kitna Hia Dam, Musafir Hoon Yaaron and Vijay Jyoti (2009). She has starred in famous shows like The Family Man (2019), Paatal Lok, Rangbaaz Phirse on ZEE5 and Pawan and Pooja. She made her debut in Punjabi movies with Sarsa (2014).

She is the brand ambassador for Tata Sky, along with Aamir Khan.

Panag was the Twitter Face for the Wills Lifestyle India Fashion Week held in 2009.

The actor runs the Colonel Shamsher Singh Foundation, an NGO that works towards causes including gender equality, education and disaster management. She served on the advisory board of the Wockhardt Foundation. She also participated in India Against Corruption movement. She ran at the Delhi Half Marathon in November 2010.

Panag has been active in the political sphere as well. She was the Aam Aadmi Party candidate from Chandigarh for the  2014 Indian general election. She came on the third position with 1,08,679 votes, while Kirron Kher won the election with 1,91,362 votes. 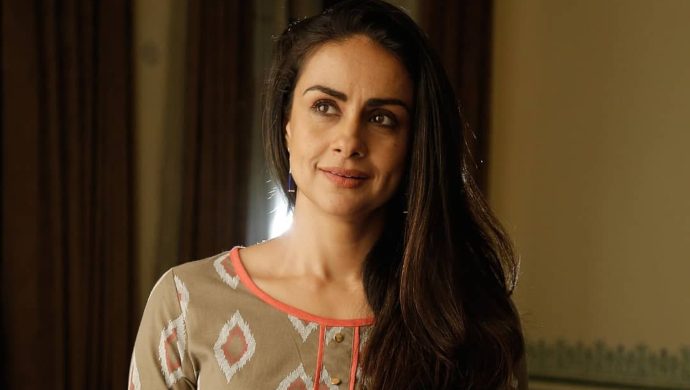 Stream more movies only on ZEE5.