As the comedy show enters the sixth year of its run on Zee Marathi, let’s look at the five reasons why it is still popular.

The comedy show Chala Hawa Yeu Dya recently completed six years of its run recently. Can you believe it? This popular show has been around for six years and has earned an undisputed place in the hearts of the viewers. The show crossed the geographical borders with Jagbhar Chala Hawa Yeu Dya and took the wave of comedy on a global scale. It is currently hosting a new season called Chala Hawa Yeu Dya Ladies Zindabad featuring 10 dazzling divas of the Marathi telly industry. As the comedy show enters the sixth year of its run on Zee Marathi, let’s look at why the show is a massive hit even today.

1. The talented ensemble of comedians

CHYD features a talented bunch of comedians like Shreya Bugde, Kushal Badrike, Bharat Ganeshpure, and Bhau Kadam who are nothing but show-stoppers. Every comedian in this ensemble has an incredible sense of humour and possesses a comic timing that would give even stand-up comics a run for their money. The chemistry between them has developed so much over the years that no one can even think of replacing them. This entertaining group of comics can also improvise their role on the spot. Versatile much? Comedians like Snehal Shidam, Ankur Wadhave, and Yogesh Shirsat were recently added in this bunch making it a big fat happy family!

2. The perfect platform for promotion

Did you know that CHYD was actually conceptualised to be a single event for the promotion of the film Lai Bhaari? However, the makers decided to keep it going considering the overwhelming response it received in the very first episode. And the rest is history! What started out as a one-time thing eventually became the perfect platform for promoting films, plays, and even TV shows. If you have an upcoming project to promote, CHYD is the place to be! 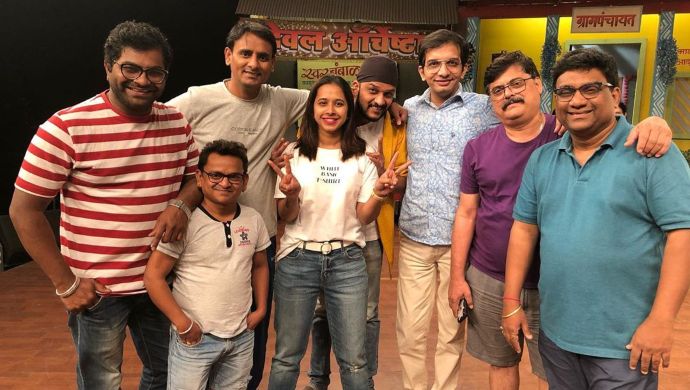 The comedy skits have become the main highlight of the show that is actually meant for promotion. These parody skits are absolutely hilarious to watch and sends everyone on a laughter riot with its comic elements. The skits are also based on current affairs making it more relevant for the viewer. Aside from the comic part, there’s a popular segment where Saagar Karande, dressed as an old postman, reads out emotional letters addressed to the guests present on stage. 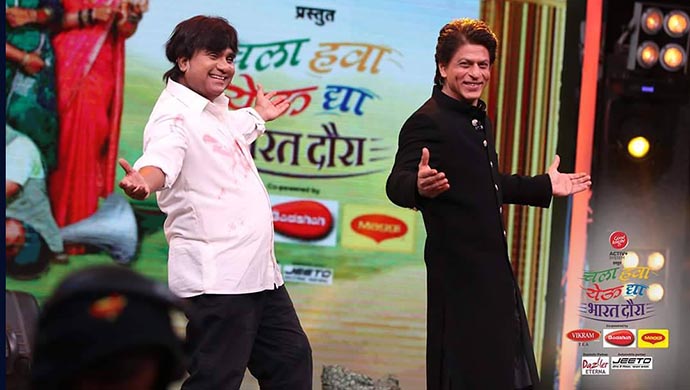 CHYD has taken the regional content to greater heights that even Bollywood took notice of it. Several A-listers like Shah Rukh Khan, Salman Khan, Akshay Kumar, and Aamir Khan have appeared on the show to promote their projects. Getting Bollywood on a Marathi stage looked like a distant dream until CHYD made its way on TV.