Bigg Boss 15: From Afsana Khan To Arti Singh- Celebs Who Have Faced Major Anxiety Attacks In The BB House

Bigg Boss is one of the most controversial and hyped shows of all the reality shows. Surviving in the house is not an easy task. Pulling through in the house and sustaining yourself may lead to major Anxiety\Panic or even worst break down in the house. Here we have brought to you the top 5 major breakdowns that contestants faced during their survival.

Afsana Khan who is a well-known Punjabi Singer often keeps on losing her calm over various intervals. Recently, we saw that when she didn’t get a ticket to the VIP zone, she lost her temper. This irritated her, for being betrayed by her friends in the house. She screamed that she was being targeted out by everyone and that the Bigg Boss house was not meant for relationships. Afsana quickly lost control and began yelling and striking herself. She had an outburst and even tried to harm herself with a kitchen knife since she couldn’t manage her emotions. And later the singer had to leave the show for her unethical behavior 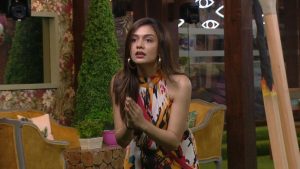 Divya Agarwal who was the winner of the digital version of BB had a major breakdown during her journey. Divya Agarwal established herself as a tough competitor over her journey. Her journey, but on the other hand, was full of ups and downs, as well as many emotional moments. When Divya’s sole connection, Zeeshan Khan, was kicked out of the house for being abusive, it was one of the saddest moments of her life. In front of Raqesh Bapat, she talked about her anxiety struggles both inside and outside the house. The actress broke down in tears and admitted that she had struggled to cope with her emotions after her father’s passing. Divya further said that she was getting paranoid as a result of which she has pushed her boyfriend Varun Sood away. 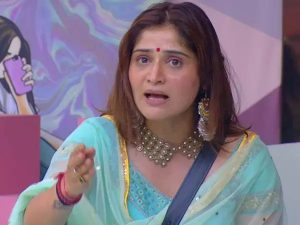 Arti Singh who was a part of one of the most popular seasons of Bigg Boss that is season 13, had a major anxiety attack post her fight with Paras Chhabra. After a furious argument with Paras Chhabra, Arti Singh had a massive anxiety attack in the house. During their battle, she was influenced by a few harsh statements made by the latter. During the war of wards, Paras made a remark about the actress’ undergarments being scattered everywhere. Arti then complained to Sidharth Shukla about him not speaking up for her and having a dispute with him. She experienced an emotional breakdown and an anxiety attack as a result of her fight. 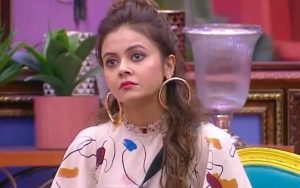 Devoleena who was also part Bigg Boss 13 journey had a mental breakdown post her heated argument with Arshi Khan. She had a tremendous emotional outburst during her time on the show after Arshi Khan cursed her loved ones. The actor from Saath Nibhana Saathiya yelled and threw a dish of food at her. 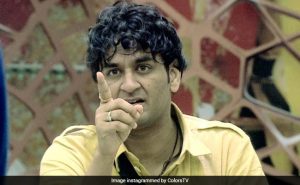 Vikas Gupta has been called one of the Masterminds of Bigg Boss. Vikas Gupta has been a part of Bigg Boss for several seasons as a writer and producer. He had an emotional outburst in front of the competitors during his Bigg Boss 14 journey. He choked up as he talked about some of his worst moments. Vikas told about everything, from his relationship with Priyank Sharma to issues with his mother and relatives, as tears rolled down his face.

As per you, which was one of the major anxiety attacks that you feel has shocked you? Do let us know.