Aafat-e-Ishq: Neha Sharma Is At Her Adorable Best In These Behind-The-Scenes Pictures From the Sets!

Neha Sharma looks stunning in these BTS pictures from the sets of her new offering Aafat-e-Ishq. Check out!

ZEE5’s latest romance thriller film, Aafat-e-Ishq starring Neha Sharma is an adaptation of the Hungarian film, ‘Liza-The Fox Fairy.’ Neha Sharma plays the protagonist, Lallo, who is 30 and yet to find love! She works as a maid to Bahuji, played by Ila Arun. Bahuji passes away and leaves her property in Lallo’s name. This irks Bahuji’s relatives and family members. Meanwhile, as Lallo tries to find love, there is always a force that gets in the way! Viewers are really in for a romantic mystery with a pinch of dark humour and some supernatural elements with this film!

While the makers are gearing up for its release, we cannot wait to show you some BTS pictures! 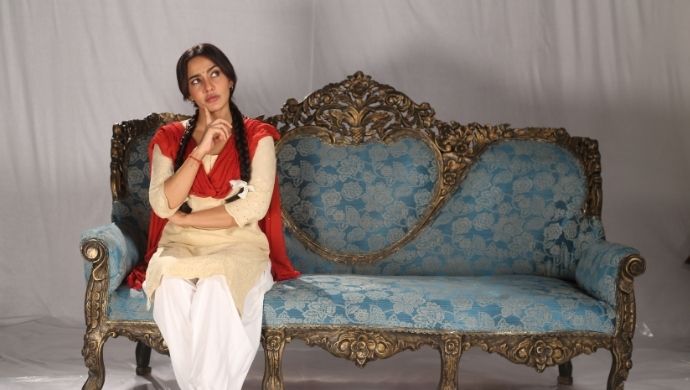 Neha Sharma looks extremely innocent in these shots! Here’s a picture of Lallo with Atmaram, a ghost and Lallo’s only companion, played by actor and comedian Namit Das!  He used to be a singer in his time when he was alive. Is he a friend or something more?  We don’t know yet but don’t they look adorable? 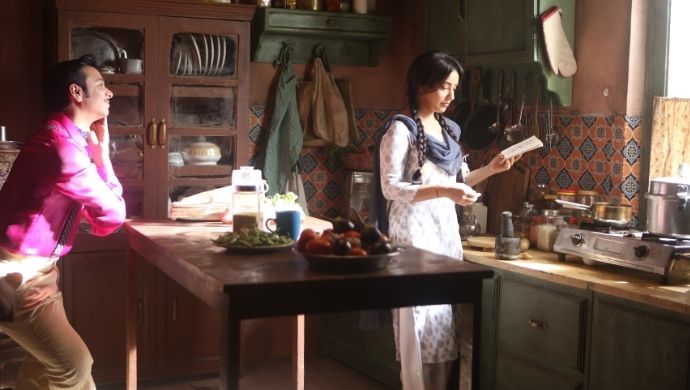 This picture is of Bahuji’s house. The mirror and the lampshade look extremely old. The candle in the photo too looks dusty. Doesn’t it look regal yet a little creepy? There are ghosts around for sure! 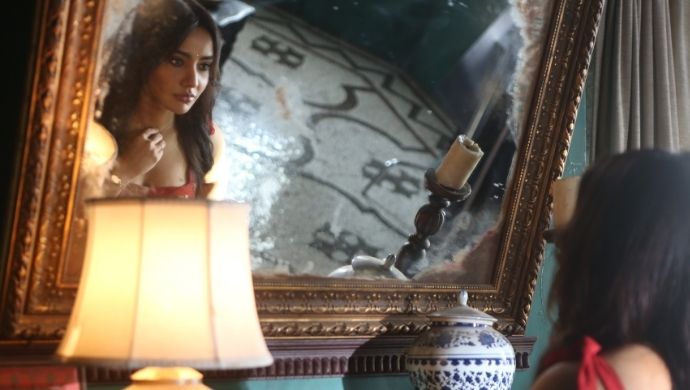 Neha Sharma looks so beautiful in the soft golden lights of the sets on the sets as she reads her lines in the night shoot! 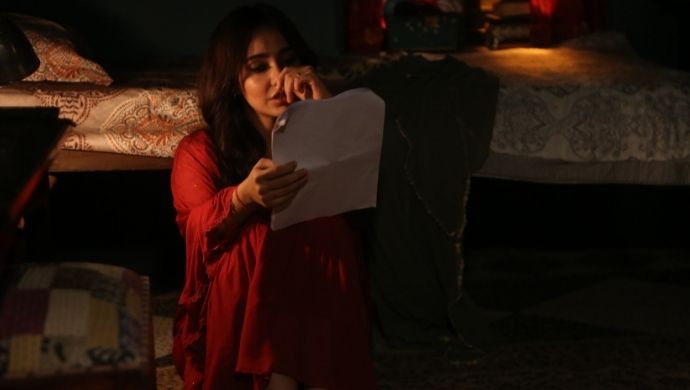 It’s a pensive look and we love it. She looks to be really working hard for her character as this film will see her in a different avatar. Neha will be ditching her bold and sexy looks for the innocent and sweet Lallo and we cannot wait to see how she embodies the role!

Lallo is a character that is always seen to be looking for love on social media and visiting cafes, hoping to find her true love. The investigating officer of Bahuji’s case, played by Deepak Dobriyal also seems to have a crush on Lallo. But does she know about this? Watch to find out!

We do love Neha in these red outfits though! 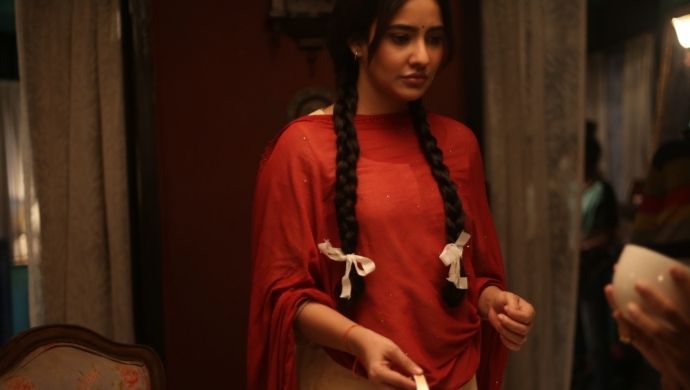 She is often featured wearing braids in the film. Even when she goes to cafes to scout for her soulmate, she goes with the two braids! Isn’t she sweet? This look is completely different from her previous roles. Take a look at one of the other red outfits she wears with open hair!

We think Neha Sharma looks exceptional in this picture and we cannot wait to see more!