Check out the instances when these lead characters were abducted in your Zee TV shows.

The villains always create a buzz in TV Shows time and again. They stir trouble between the leads and take advantage of it. One such trouble is about kidnapping the leads to fulfil their motives. There are several instances where villains kidnapped the leads to stop them from ruining their plan. Here are a few instances when Zee characters were abducted in the Zee TV shows.

In Kundali Bhagya, when Preeta (Shraddha Arya) got married to Karan (Dheeraj Dhoopar), Prithvi (Sanjay Gagnani) was devastated and so was Mahira (Swati Kapoor). During #PreeRan’s reception, Mahira joins hands with Prithvi and Sherlyn to abduct Preeta. Prithvi and his brother Pawan kidnapped her. Later Prithvi tries to get married to Preeta, however, she escapes his trap with the help of Janki and Srishti.

During Mahira (Swati Kapoor) and Karan’s (Dheeraj Dhoopar) wedding, Prithvi (Sanjay Gagnani) kidnapped Rishabh (Manit Joura) and when Preeta (Shraddha Arya) tried to rescue him, she was also kidnapped by Prithvi. When Karan gets to know that Preeta and Rishabh’s kidnapping, he goes to save them. However, Prithvi sees him and makes him unconscious. He then brings him to the place where he ties him to a chair next to Preeta’s. 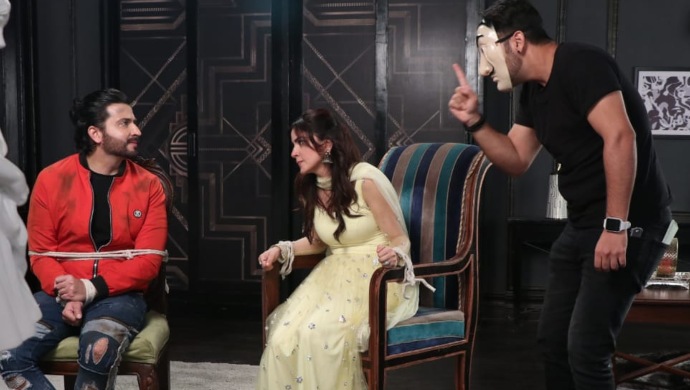 When Tanu (Leena Jumani) and Abhi (Shabir Ahluwalia) were getting married, Aliya knew Pragya (Sriti Jha) could create trouble and would try to stop the wedding. Therefore, Aliya hires goons to kidnap her. The goons kidnap Pragya and throw her in a factory.

Pappu and Chanda kidnap MahiWhen Mahi (Amandeep Sidhu) decides to get married to Arjun again, Pappu and Chanda come together to kidnap Mahi. Chanda dresses like Mahi and then kidnaps her by making her unconscious. She then puts her in a suitcase to take her outside the house. However, Mahi escapes Pappu and Chanda’s plan and the latter gets caught.

In Qurbaan Hua, when Kashmera wanted to get married to Neil (Rajveer Singh), she wanted Chahat (Pratibha Ranta) to get out of his life. She planned a masterplan to kidnap Chahat and blackmailed him as she knew Neil had started caring for Chahat. She points a gun at Chahat and asks Neil to get married to her. However, he saves Chahat and also realises his love for her.

In the show Guddan Tumse Na Ho Payega, when Guddan (Kanika Mann) finds out about Revathi’s plan, Revathi and Antara get into an argument about how to stop Guddan, and for the same. Since Antara wanted to teach a lesson to Revathi, she kidnaps Guddan. She calls Guddan at a factory and makes her unconscious. She ties her to a chair and hides her in the factory.

Kalyani gets kidnapped by a group of prostitutes

In the show Tujhse Hai Raabta, when Atharv tried to separate Kalyani (Reem Shaikh) and Malhar (Sehban Azim), a group of prostitutes kidnap Kalyani and take her to the brothel. Kalyani who is unconscious is seen surrounded by prostitutes.

Planning to follow one of these shows? Now you can watch any of your favourite ZEE shows on ZEE5 anytime and anywhere. Yes! ZEE5 is all set to be your ATM of entertainment.