12 Actors Like Manoj Bajpayee And Rahul Dev Who Took Our Breath Away With Their Command On Local Dialects!

An acting performance is not just bound to being expressive and delivering lines. At times it’s more about carrying the mannerism and quirks of a fictional character. And these actors have proved it well.

A good actor is always defined by his performing skills. It is way more than just memorizing lines and delivering them in front of the camera. Is it just about being expressive? Well, there are many actors who have elevated their acts sans expressions. And yet they have managed to do wonders. While an actor’s versatility is derived from his involvement in the story, sometimes it’s his mannerism and quirks that give life to his on-screen persona. Saying so, ZEE5 has treated us with many stories wherein the characters have ruled the screens with their local dialects.

While the narrative of these ZEE5 films/shows was interesting, it is their characters that managed to leave a lasting impression on our minds. And living up to the notions of an on-screen persona and commanding over a local dialect is not an easy task. However, some actors have managed to do so. Adopting a local accent, these stars have proved that there’s no limit when it comes to the art of performing.

So, here’s taking a look at 12 actors who took away our breath with their command over local dialects.

As far as accents are concerned, Rahul Dev has portrayed a variation in different films/shows. Whether it be a Mumbai gangster in his film ‘Aan’ or the Delhite accent in Love Scandal And Doctors, the actor has nailed it all. However, the Rajasthani dialect from his latest release Raat Baaki Hai stands out.

And the best part is that it is not the typical catchphrases that we have seen in Bollywood movies. Rahul Dev has picked up the right ‘Marwari’ accent which would go as per his persona of a bold cop.

Whenever it’s a Bejoy Nambiar film, you have everything at its heart. From characters to the narrative, each and every element is defined very well. Similarly, in Taish everything is apt and well-defined. The accent of characters also matches up to their personality and Harshvardhan Rane playing Pali does a great job.

The Punjabi accent blended perfectly with his Southall gangster personality. From its absolute accuracy to the slangs, Rane has got everything right.

In Taish, there’s also impressive Jim Sarbh whose masterful performance can’t be overlooked. Ultimately, he’s the surprise package of Taish. His character of Rohan Kalra is born and raised in the UK. The Kalra family is more modernistic compared to the Kuljinder clan and thus you’ll find that Rohan Kalra does not carry a Punjabi dialect. Not even his brother and distant cousins have the Punjabi accent, unlike their parents.

However, Rohan Kalra’s NRI Hindi dialect is quite delicate and seems to be imbibed from the actor’s real-life personality.

Divyenndu Sharma plays a young student who enters the world of crime. While his impressive act as Akhil Shrivastav is worth appreciating, his Banarasi dialect is the highlight of his character. At times it is as sweet as it gets and also makes for a great tune during epic dialogues. Divyenndu’s accent in Bicchoo Ka Khel is distinctive, loud, and adds perfectly to his performance.

Known for his enthralling performances, Saqib Saleem plays each and every character with great convention. And one of his best works is in Rangbaaz where he plays a fearsome gangster Shiv Prakash Shukla. The actor pushed his limits to play this character which is inspired by a real-life gangster. He has also tutored for the countryside Uttar Pradesh dialect. And the actor did a remarkable job with his hold on the local accent.

In the second season of Rangbaaz, actor Sharad Kelkar convincingly played the role of a local gangster Raja Phogat. As cunning was his character, the actor’s accurate portrayal made him the favourite of the viewers. Also, the actor was quite successful in taking up the Gorakhpuri dialect with perfection. While many actors misinterpret it as Bhojpuri, Kelkar’s character has the perfect tone which distinguishes his local accent.

Arguably, Sonhiriya remains to be the best work of late actor Sushant Singh Rajput. In this Abhishek Chaubey film, there is a set of intriguing characters who do justice to its remarkable narrative. And Sushant’s character of Lakhna is one of them. The actor dipped into the world of Chambal perfectly and his accent is proof of it.

Lakhna’s emotional dilemma is the show of Sonchiriya. And there are many tear-jerking dialogues that Sushant delivered perfectly with a well-carried Chambal dialect.

Playing a bandit named Man Singh, Manoj Bajpayee stages himself in the land of Chambal. Being the gang leader of bandits, Bajpayee’s performance is quite notable and worth remembering. However, the way he keeps a hold of the Chambal dialect is more than impressive. And that becomes a major highlight of his character in the film.

Though he has a little screen presence in the film, there are some well-written dialogues that the actor delivers in style. And we just love it.

Sushant Singh’s character in Rangbaaz 2 is inspired by a real-life gangster. His character of Jai Ram Godar, a local goon plays a vital part in the story. And actor Sushant Singh has pulled off this role with uttermost dedication. The meticulous details he takes up and the local dialect of Uttar Pradesh adds more to his character’s intriguing side.

Sushant’s portrayal and detailed attention make his character no less than a lifelike representation.

Actor Taapsee Pannu is known for playing with different characters from various backgrounds. And she nails it every time. However, her breakthrough portrayal remains in Saand Ki Aankh as Prakashi Tomar. In this biographical drama, the actor’s Haryanvi dialect adds more to her charismatic performance. Taapsee’s hold over the nuances of the Harvanyi language is quite impressive and deserves to be appreciated.

When it comes to embodying fictitious characters, a few actors are as accomplished as Manoj Bajpayee. Yes! The actor makes it again in the list for his apt Maharashtrian accent in the film Suraj Pe Mangal Bhari. His portrayal of Madhu Mangal Rane is quirky and he nails the ‘Mumbai Marathi’ dialect very perfectly.

If you compare the voices of his character Man Singh in Sonchiriya and Madhu in Suraj Pe Mangal Bhari, you won’t even recognize that it’s the same person delivering the lines. 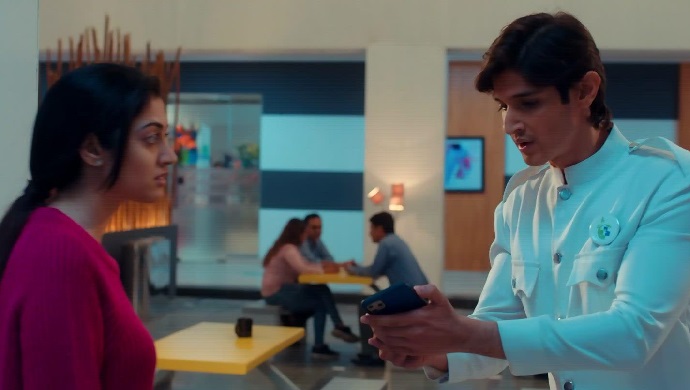 Rohan Mehra picks up the Bambaiya language very well in the show Crashh. Playing Rahim Ansari in the story, he is a young driver belonging to the slums of Mumbai. His life is filled with tragedies, however, that never restricts him from living his life to the fullest. At times he’s involved in petty crimes but there’s also a moral side of his that we adore.

The actor’s command over the Bambaiyaa slangs is quite impressive and makes his character stand out from the rest of them.

Manoj Bajpayee Takes A Trip Down The Memory Lane With THIS Picture; Reminiscences 21 Years Of Zubeidaa – CHECK OUT

Manoj Bajpayee Takes A Trip Down The Memory Lane With THIS Picture; Reminiscences 21 Years Of Zubeidaa – CHECK OUT

Actor Manoj Bajpayee’s Father RK Bajpayee Passes Away At The Age Of 83; Funeral To Be Held In Delhi

Actor Manoj Bajpayee’s Father RK Bajpayee Passes Away At The Age Of 83; Funeral To Be Held In Delhi

Dial 100 Release Date: Know The Cast, Trailer and Other Details

Dial 100 Release Date: Know The Cast, Trailer and Other Details

Dial 100: What Makes Manoj Bajpayee The King Of Crime Thrillers?

Dial 100: What Makes Manoj Bajpayee The King Of Crime Thrillers?