In the next episode of the Zee Marathi show Maza Hoshil Na, we will see how Dada mama asks Aditya to return the gifts given by the Birajdars. He also tells Aditya to break the friendship in which he and his family had to go through so much humiliation. Aditya goes to sai’s house with the envelope full of untouched moneya nd the gift that Sai had sent. He keeps it there and Sharmila Birajdar starts talking to him. She tells him that if he does not accept it as a gift then he should take it as a fee for completing her work.

Earlier, Sharmila spoke with Suyash and told him that she thinks now the situation is in their hands as she has given Aditya what he needs. She went on to tell Aditya that she can always give him as much money as he wants and it wont be a task for her as they had lots of it. Aditya starts telling her how wrong she is and Shashikant Birajdar walks in. He tells Aditya to keep quiet and take as much money as  he wants to stay away from Sai. Aditya tells Shashikant that he is wrong and money isn’t the only thing in the world. 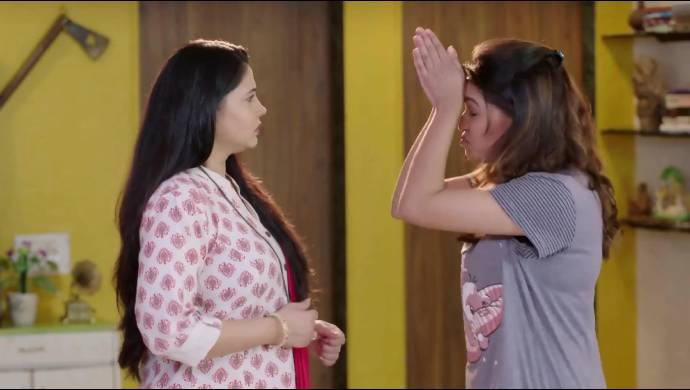 Meanwhile, Sai walks in and asks Aditya to shut up. She says that her parents should not be disrespected and asks him to take the gift and throw it away if he does not want it. She also asks him to go away from her life. Later, Sai gets to know that her mother sent the money to Aditya and she tells her mother to not interfere in her life. Shashikant tells Sai that they don’t want her to stay friends with Aditya. But Sai speaks back and says that she will make her own decisions.