Maza Hoshil Na 18 September 2020 Written Update: Aditya’s Uncles Find Out That Sai Is Not Getting Married

In the previous episode of the Zee Marathi show Maza Hoshil Na, we saw how Sai told her parents that she had decided to not marry Suyash and even told him so. Sharmila and Shashikant Birajdar became terrified and decided to take things in their own hands. Meanwhile, Sai met Aditya and he asked her the real reason behind breaking her marriage arrangement. Sai revealed that she only did so because Suyash was pointing a finger at her relation with Aditya!

In the next episode, we will see how Naina tries to impress Aditya’s uncles in every possible way. She first goes and meets Pintya mama and asks him to help her get married to Aditya. She even offers him ‘modaks‘. Later, Sai calls Naina and asks her to accompany her for shopping. They visit a beauty shop and Naina starts shopping excessively, adding clutches, brooches, and nail paints. She asks Sai to pay for it. But when Naina chooses pink nail paint, a man comes and grabs the nail paint. He says he has chosen it. But Naina fights for it and calls Sai. Sai comes and the man tries to hide his face, but soon it is revealed that it is Bandhu mama! 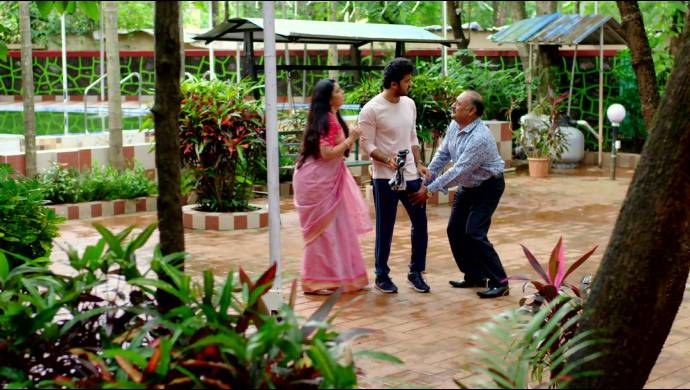 Bandhu mama asks Sai to keep his nail paint purchase a secret and Sai asks him not to tell Naina that she had visited their house during Ganpati. Meanwhile, Sai’s parents visit Suyash’s house and beg for his mercy. They ask him to marry Sai.