In the next episode of the show, Kumkum Bhagya Dushyant asks Ranbir to get up and Maya’s father accompanies him to his room. As the mandap has been destroyed by Pallavi and Dadi’s showdown, Dushyant asks them to repair it and make it as it was earlier. Meanwhile, he asks Maya’s mother to take the bride to her room. On the way, Maya’s mother starts speaking foul about Ranbir’s mother and grandmother. She says that the entire family is stupid and they would teach them a lesson after marriage. Prachi blurts out an angry cry but refrains herself from saying further and Maya’s mother feels she is hallucinating as Maya has taken an oath to stay quiet.

Further, we will see how Ranbir calls Prachi and tells her that Maya is hiding in the bridal room. Aryan tries to take her out but Maya’s mother arrives. Prachi tries to find an unconscious Maya hidden by Aryan. Dushyant’s brother keeps a watch on Ranbir. On the other hand, Aliya’s goons arrive and get dressed as waiters. One of them reaches Maya’s room and finds her in the bridal attire. He kidnaps her and fills her in a sack. 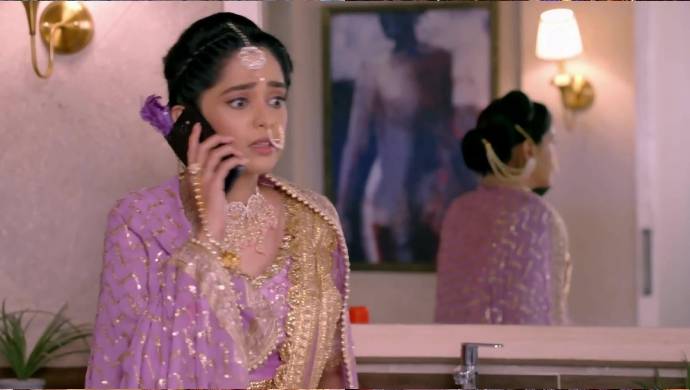 But while going, he spots another girl in the bridal lehenga and he gets confused. He tries to call Aliya to ask if he should kidnap the other one but she doesn’t pick his call. He decides to kidnap both the brides and steer clear of any confusion! Will the other bride be Rhea, who is getting ready to replace Maya, or will it be Prachi?