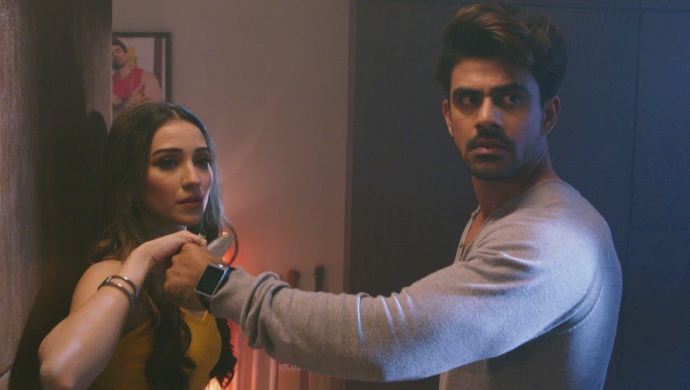 In the previous episode of Haiwaan, Ansh proposes to Amrita thinking she will marry him if he proposes to her. Amrita says she is in love with Randhir. Anshi decides to keep Randhir away from Amrita. He goes as Haiwaan and terrorises some of the locals to give their land to Randhir. Amrita arrests Randhir when she finds his lab and Haiwaan research. Jia and her gang try to kill Amrita on the way to the police station. She escapes with Randhir where they are attacked by Jia’s forces and an invisible man. Ansh shows up as Haiwaan and saves Randhir and Amrita.

This week, Randhir takes Jia’s father to his lab for questioning when they are attacked by the invisible man. Ansh shows up and kills Jia’s father who is actually a clone. Ansh later tries to attack Ranbir but then changes his mind. He goes back to the lab and changes into his human form. However, Nisha sees him transform. She promises to never tell anyone his secret, when he threatens her with a knife. 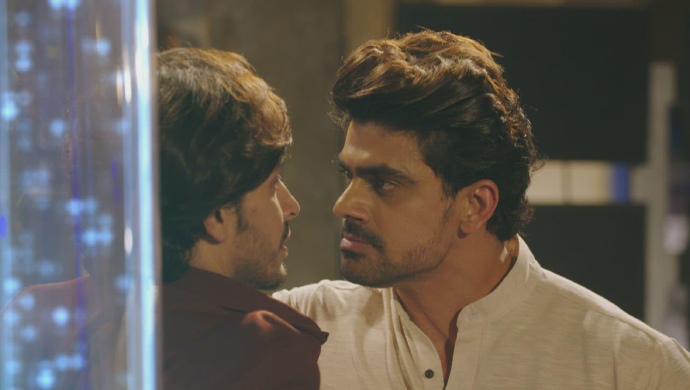 Randhir realises there was nothing wrong in the formula he used so that means the Haiwaan cannot be Ansh. However, he wants to know why Ansh is behaving so rudely. He tells Ansh to go with him to the lab and run some tests on him. Ansh refuses to run any tests. Ranbir makes Ansh unconscious and is shocked to find Jia’s Haiwaan formula in Ansh’s blood. He thinks Jia tricked Ansh and promises to make his alright. 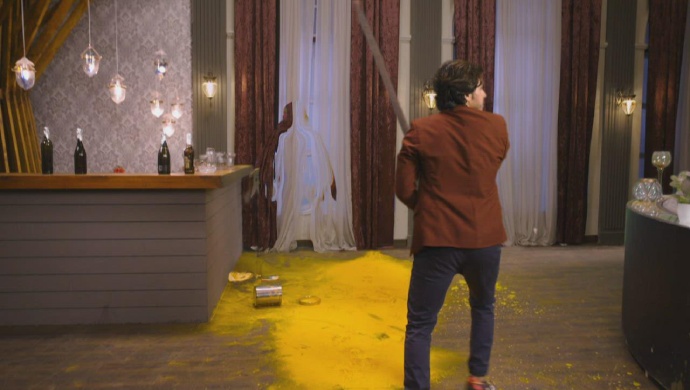 Haiwaan: Randhir Finds Out That Ansh Is The New Haiwaan 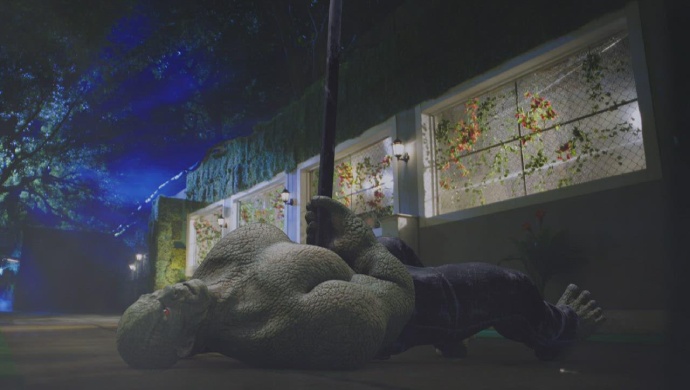 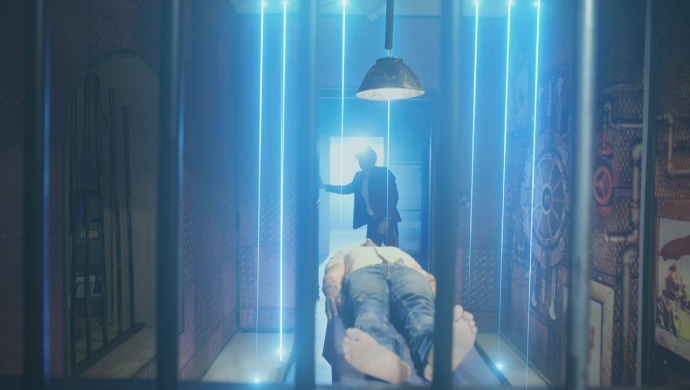 Randhir brings Ansh back to the lab and tell him Jia tricked him into taking the Haiwaan formula. Ansh says Jia didn’t trick him, he went to her asking for the formula. Ansh says he wants to kill Randhir and end their friendship forever. Randhir decides to take Ansh’s remote with all the powers and lock him in a jail unconscious till they find a cure to save him. 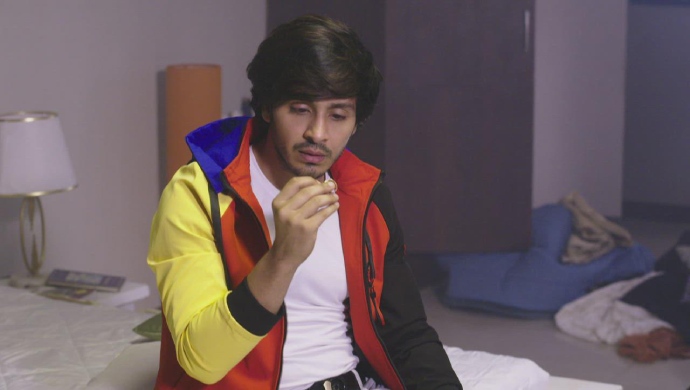 Amrita calls Randhir and says the newspapers have printed news of Randhir and Amrita’s engagement. Randhir is shocked but says he will marry Amrita. He feels the person who leaked a fake rumour of his engagement is also manipulating Ansh. He goes to Ansh’s room and is shocked to find a ring with Amrita’s name on it.

Chumbak Shows Up To Save Ansh 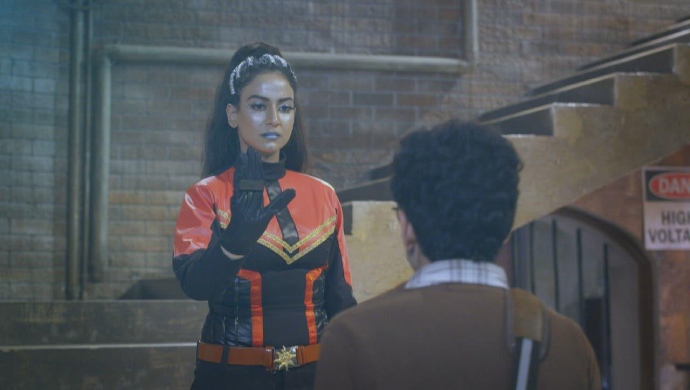 After Ansh’s betrayal, Randhir calls another assistant called ‘Baby’ played by Gautam Ahuja. Ansh wakes up and finds himself trapped in a prison. Chumbak, a woman with magnetic superpowers, breaks into Randhir’s lab. She breaks open the door and takes Ansh out of there. 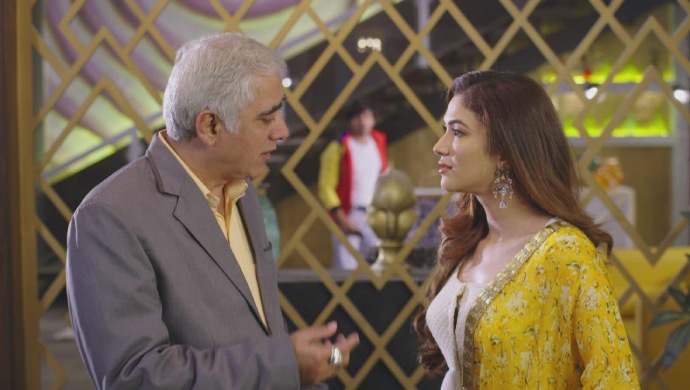 Amrita is happy to get engaged to Randhir. Her father asks what she will do about Ansh who also proposed to her. Randhir hears this and is shocked. He also hears Amrita’s response where she says that Ansh is only her good friend but she wants to spend her life with Randhir. Ansh is shocked that everyone knew Ansh’s feelings but he didn’t figure it out yet. 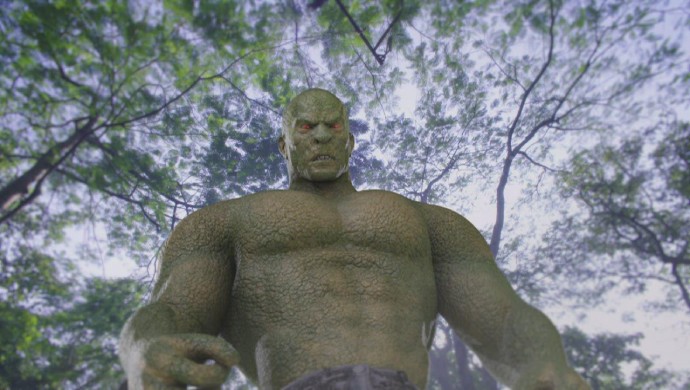 Ansh is taken to a forest where Chumbak threatens to kill him. She wants to kill Ansh for killing her lover Vidyut Man. Ansh has stolen the power remote watch from the safe while leaving Ranbir’s lab. He grabs it and becomes a Haiwaan again to beat Chumbak. However, Jia stops them saying they are both on the same side. Watch what happens next week when Amrita and Randhir are engaged.

Watch the latest episodes of Haiwaan, now streaming on ZEE5.