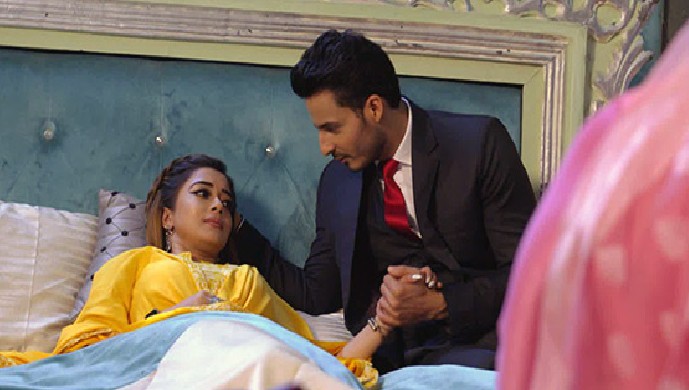 The doctor panics when she sees the child divided into two parts. Aakarsh takes Janhvi back home and tells the family members about it. 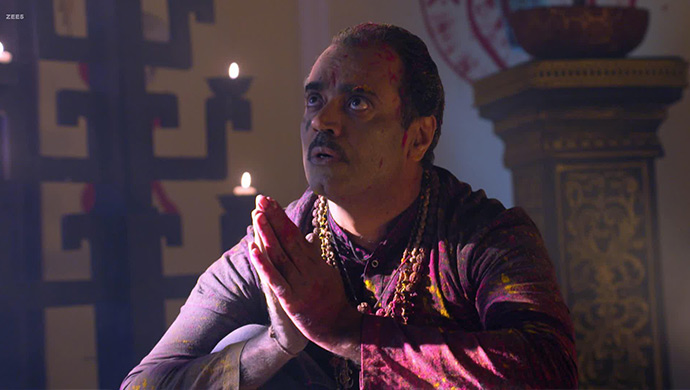 Vijesh worships Mani Daitya and learns that he is the one who divided the child into two parts because Janhvi and Aakarsh broke the Mani. Vijesh asks for the solution to this problem and Mani Daitya calls him in his Gufa. 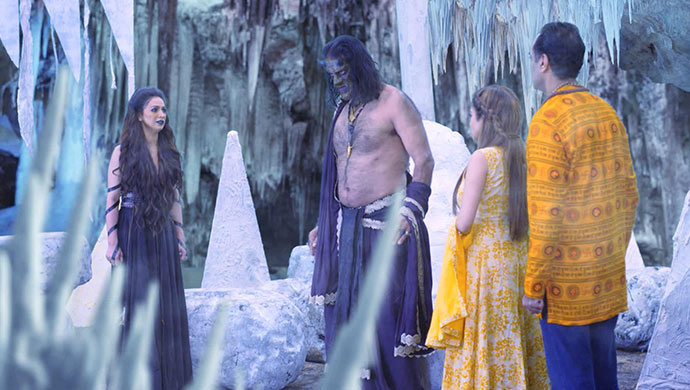 Vijesh tells this to Janhvi and both of them go to Mani Daitya’s Gufa. There they see Aasha aka Daayan requesting the Mani Daitya to return her powers and putting the blame on Aakarsh and Janhvi. The Mani Daitya tells Janhvi and Aasha that whosoever brings the Mani back to him, he will make their wish come true.

Daayan: Aakarsh Thinks Twice Before Bringing The Mani Back 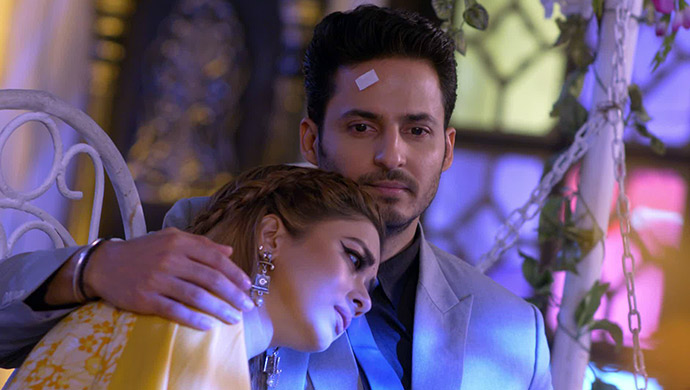 Aakarsh learns about Mani Daitya and explains to Janhvi that if they bring the Mani back then many lives will be in danger and they won’t be able to stop it. Janhvi argues with Aakarsh and tells him that she doesn’t want to lose her child.

Daayan: Mani Daitya Tells Them About The Consequences 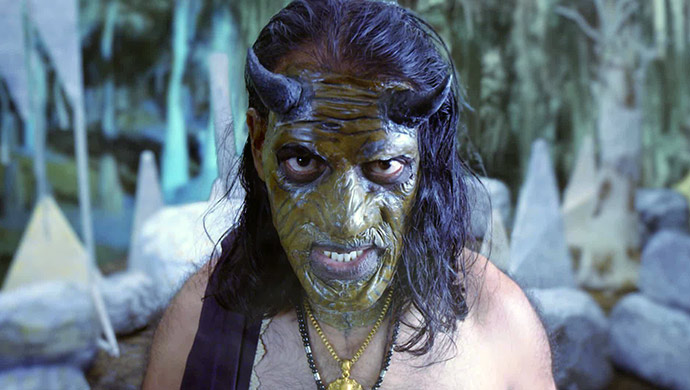 Mani Daitya comes to check if they have decided to bring back the Mani or not. He also tells them that if they don’t bring the Mani back then he will explode and all the humanity will get extinct. 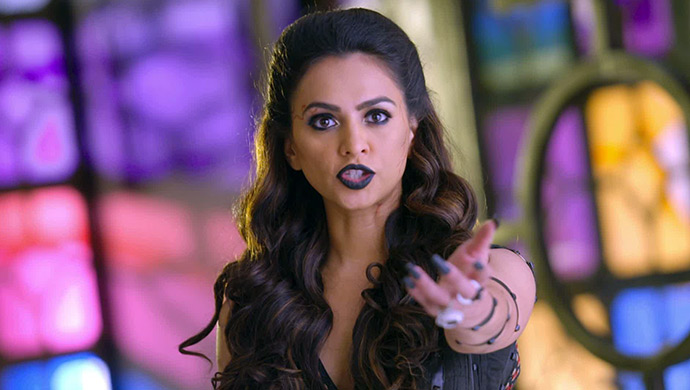 Vaitalini tells Aasha that only Aakarrh can bring the Mani back because the person who sent the Mani to another world knows where it is. Aasha blackmails Aakarsh by turning Janhvi’s family members into stone. 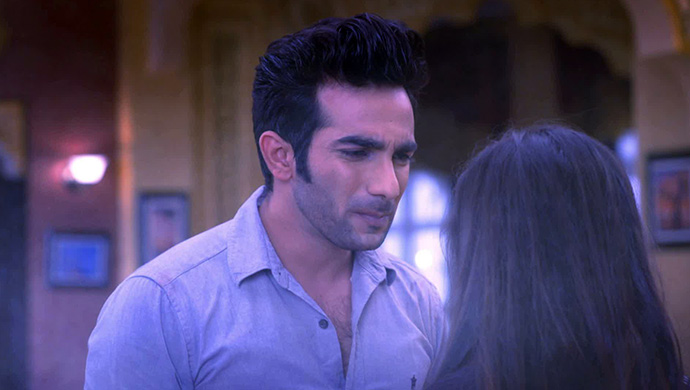 Veer, Vijesh and Prachi get away from Daayan’s magic and save themselves from turning into stone. Prachi tells Veer that Janhvi is acting selfishly because she wants to risk everyone’s life to save her child. Veer tells her that if they don’t give the Mani back then the Mani Daitya will explode and all of humanity will be destroyed. 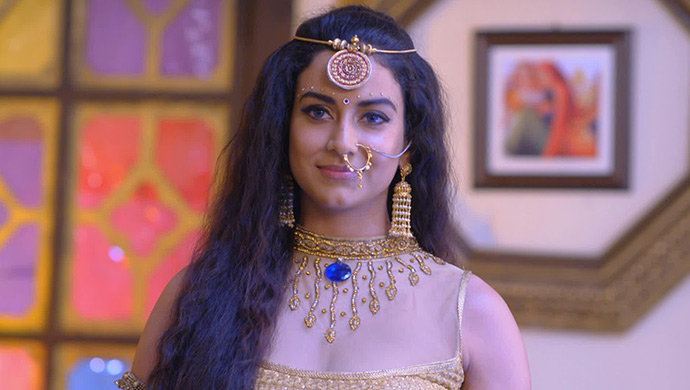 Janhvi tells Aakarsh that she will come with him to Pishach Lok to find the Mani. He tells her that they need someone who knows black magic and who can bring them back after getting the Mani. Janhvi calls Patalini Devi and asks her for help.

Daayan: Vaitalini Creates A Misunderstanding Between Aakarsh And Aasha 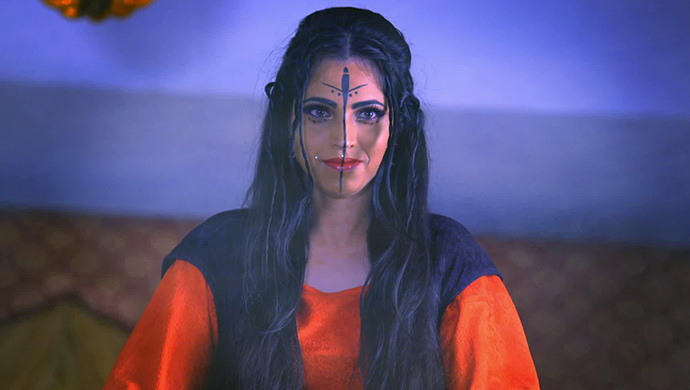 While Janhvi and Aakarsh fight against the Pishach, Vaitalini tries to kill the family of Janhvi to create a misunderstanding between Aakarsh and Aasha so that he won’t give the Mani back to Aasha and she gets unsuccessful in becoming the most powerful Daayan. 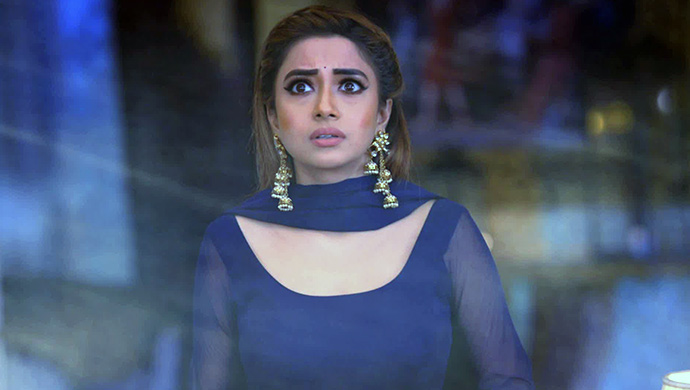 In the preview of the upcoming episode, after getting one piece of the Mani, Janhvi sets a condition before Aasha to free her family members if she wants to get the other part of the Mani back.

The next weekend is going to be full of thrills and chills. Let us know your thoughts in the comments with the hashtag #Daayan.