While sharing details about his real life #JeetKiZid moment, Sushant Singh also revealed how the show inspired its viewers in real-life.

ZEE5 recently got an extremely inspiring show about an Army officer, Major Deependra Singh Sengar, a Kargil war hero. The show is Jeet Ki Zid, which stars Amit Sadh as the Major and Sushant Singh as his superior officer and mentor, Colonel Chowdhary. Jeet Ki Zid shows the Major’s journey to get back on his feet after he was severely injured in the war and was left unable to walk again. The show and the Major’s story has been inspiring a lot of people. Actor Sushant Singh recently shared his #JeetKiZidMoment in an interview with us and also revealed how the show inspired someone in real-life. Read on to know about it.

Sushant Singh has been in the Hindi film industry since 1998. Like many other aspiring actors, he too came to the city of dreams to make it big. He shared that his Jeet Ki Zid moment came to him as his very first experience in Bollywood. He shared that when he had just come to Bombay and his career had not yet started, he had gotten his first role with Director Chetan Anand.

Sushant Singh said, “Director Chetan Anand was making his comeback as a director. He had signed me as the actor, and producer had also agreed. After 6 months of being in the film, I was thrown out because the producer thought that for a romantic hero, my nose is too big. I went into depression for quite sometime after that. Then I thought it’s fine that this happened to me because this is the worst that the industry can do to me, make me a zero from a hero, in 6 months. Then I decided that I’ll stay and try harder and I did.”

After facing such a shocking downfall, Sushant Singh was left shattered and even slipped into depression. But his willingness, his dreams and his determination to win got the better of him. He bounced back and with his ‘Jeet Ki Zid’ and did not give up. That one decision of his became his life’s turning point as after that he starred in multiple Bollywood films and became a critically acclaimed actor. He is well-known for his roles in films like Matrubhoomi, Sehar, and Rakhta Charitra. 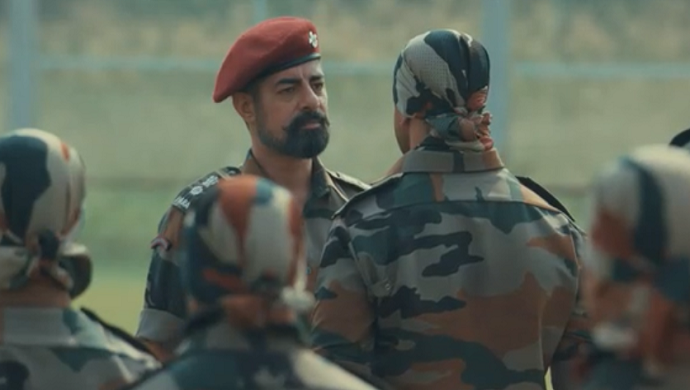 About the praises that he received for Jeet Ki Zid, Sushant Singh shared a story that tells us how the show inspired someone else and became their #JeetKiZidMoment. He said that he received many comments from the army aspirants, about how the show inspired them and motivated them and increased their confidence for their selection in the Indian Army. Recalling one comment, Sushant Singh said, “One boy said that his SSB interview is on the 8th of Feb and that watching this series magnified his confidence for it. That felt great.” Well, Jeet Ki Zid is truly a very inspiring series and will keep you motivated.

Besides Jeet Ki Zid, you can watch Sushant Singh in the show Rangbaaz on ZEE5.