The debatable topic of Omar Saeed’s life and his association with the militants has been aptly depicted in Omerta. Acting, direction, and casting deserve a standing ovation.

‘Salaam Doctor Sahab’ gave me the chills every single time! And why? Because that is the secret code of the militants in the film. Every time Omar calls up the Doctor Sahab saying he has Patients who need to be operated, it spikes the goosebumps. His tone is scary and one cannot stop but think how would it feel to be in the position of the victims! Rajkummar Rao’s portrayal of Omar Saeed Sheikh is impressionable. The actor has worked on the accent, the stride and the facial expressions to perfection. Hansal Mehta has done an exceptional job when it comes to showcasing the timeline of terror events in the background with Omar Saeed’s life as the focus. The script and the story could have covered a bit more of the background and why Omar actually turned to the allurements of the Jihadis. But Mukul Dev has done a lot of research and it is visibly appreciable.

Grisly scenes of murder and bloody battles are a dimming factor. But the portrayal of one of the scenes in which Daniel Pearl is beheaded has the potential to blow your mind away! Omar’s talented and witty persona is on full show. His raw emotions and life choices are exposed to this film. The case of Daniel Pearl murder for which Omar Saeed was serving a sentence, has been explained in detail. After the current acquittal of Omar Saeed, the film’s clarity is a bit smudged up. With a few dialogue sequences and scenes being shorter have been weighed less than the others. 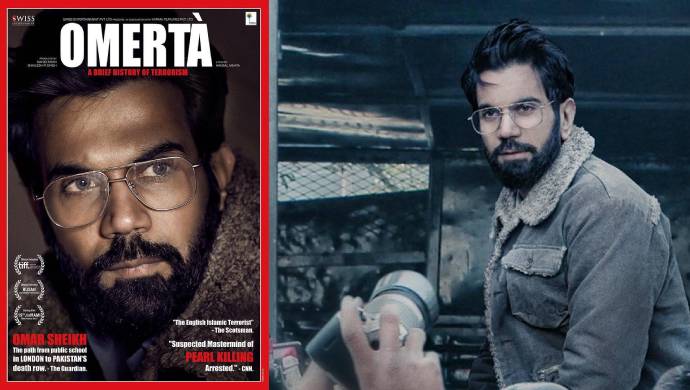 Omar Saeed’s life and his association with the militants is a debatable topic to date. But Hansal Mehta’s film has definitely put locks on many doors while bringing other hidden facts to the front! The film is a biopic that definitely has the scope to be in the Top 10 best biopics of the decade. Acting, direction, and casting of the perfect actors deserve a standing ovation. All in all the film is one that you can watch and ponder upon for hours later!