Kundali Bhagya: These Cute And Romantic Moments Of Karan And Preeta Will Make You Miss Your Partner

Karan and Preeta is one of the most loved on-screen couples and seeing them converting all their cute fights and silly interactions into romance is a treat to the eyes. Have a look.

In Kundali Bhagya, Preeta and Karan are finally married after several obstacles, however, the duo has still not confessed their feelings for each other. But when we take a trip down memory lane, there have been several moments that were made special by PreeRan. From cute squabbles to shower romance, there have been several times when PreeRan’s romance left audience blushing. Take a look at these cute moments of Preeta and Karan.

When Karan dreamt of getting close to Preeta

When Karan and Preeta met and started getting close at the start of the show, Karan once dreamt of getting close to Preeta. In the dream, he was seen softly touching Preeta as he is about to kiss her. However, he woke up and she disappeared in thin air making Karan realise that he was dreaming. That was the first time Karan felt the feeling of love for Preeta. 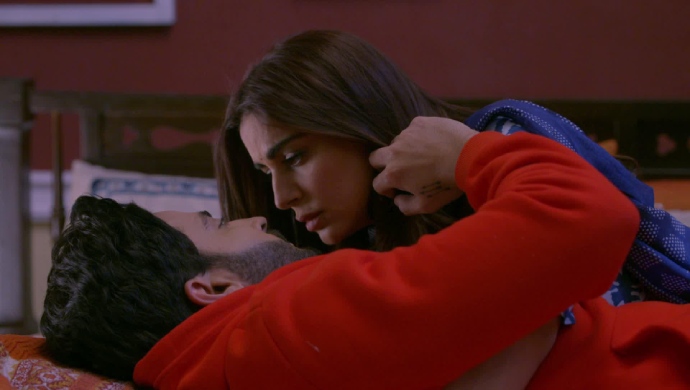 Preeta and Karan used to fight a lot when they started interacting. However, their bittersweet fights were also full of romances. Once Preeta and Karan met in the mall and while being in the mall, Karan pinned her towards the wall while fighting, however, the fight turned into romance as they made eye contact.

Karan’s Mehendi ceremony was full of Karan and Preeta’s small and cute interactions. Karan tried to make Preeta blush by telling her that she is covering her feeling for Karan with anger. Though Karan was telling Preeta about her feelings, it looked like he was pouring his heart out for Preeta. 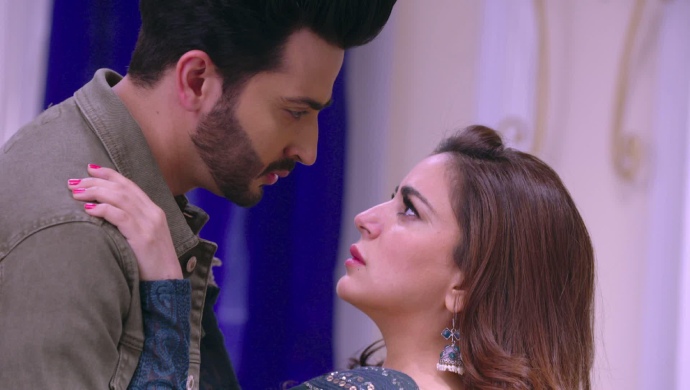 After Preeta and Karan got married, Karan and Preeta finally spent their first night as a married couple together. Their suhaag raat was full of silly friendly squabbles and intense moments of romantic tension. Though Karan and Preeta never admitted their love for each other, there’s clearly an unspoken connection between them.

The Bathroom romance between Karan and Preeta

Amid all the tensions and misunderstandings, the newlyweds Karan and Preeta were eager to shower love for each other and once the duo coincidentally found themselves under the shower. From eye-contact to getting close to each other while being in the shower, it led to a steamy and romantic moment between PreeRan. Not to miss, the mild touch of love between the duo made the audience adore them even more.

Karan dances with Preeta in their reception

Even after continuous efforts of Mahira to separate Karan and Preeta, they finally got their reception after marriage. In the reception party, Karan and Preeta danced together for the guests. PreeRan finally got the chance to dance together. Karan was also seen pulling Preeta towards him during the party and saying that she is his wife now so he can do whatever he wants.

Karan and Preeta shared a cute moment when Preeta got ready for her Muh-Dikhayi. Karan helped Preeta in tieing her blouse knot and when Preeta asked why he was helping her he abruptly said because he wants to show his love for her.

Karan and Preeta are finally sharing Karan’s bedroom after marriage and as they tried to sleep, the duo fought for the AC remote. Preeta asked Karan to increase the room temperature but he took the remote and ran. Preeta in an attempt to take the remote fell on him and they shared an intimate moment. Karan also tried to kiss her so as to take the remote back from Preeta.

Karan gets close to Preeta in kitchen

Karan tried to pull Preeta towards him in the kitchen while she prepared dessert for guests. This was after Preeta asked him not to touch her without her permission. Karan also softly touched her on the waist which made Preeta blush.

Karan and Preeta sat for Muh-Dikhayi when Rakhi asked Karan to give Preeta a ring. Karan went inside her dupatta as she covered her face with a veil and tried to talk to her. The duo looked at each other romantically while Karan gave Preeta a ring.