All you need to know about Rangbaaz Phirse actor Jimmy Sheirgill.

Jimmy Sheirgill is one of the most underrated actors in the Bollywood industry. This Indian actor has a large number of films, both Hindi and Punjabi, to his credit. From a chocolate boy to a gangster, Sheirgill can sport all looks and characters flawlessly. This versatile actor continues to fascinate the audience with his performance every time he is on screen. Funnily, the actor had to change his surname to Sheirgill from Shergill as the latter was frequently used across social media.

Born as Jasjit Singh Gill on 3 December 1970, Sheirgill was a part of a Jat family in Deokahia village, Sardarnagar in the Gorakhpur district of Uttar Pradesh. He hails from a family of aristocratic landowners. His paternal great aunt was the reputed Punjabi-Hungarian painter Amrita Sher-Gil. Jimmy has a brother, named Aman Shergill.

He studied at St. Francis’ College, Lucknow for a few years and then moved to his hometown in 1985. He did his schooling from the Punjab Public School, Nabha and at Bikram College, Punjab University, Patiala. He completed his graduation degree from Post Graduate Government College, Chandigarh, Punjab University.

Sheirgill got married to his longtime girlfriend Priyanka in 2001. They have a son named Veer.

Jimmy Sheirgill started his career with the 1996 film Macchis which revolved around the issue of terrorism in Punjab. His performance got him noticed by the most acclaimed filmmakers. Next, he was seen in Aditya Chopra’s Mohabbatein in 2000 along with stalwarts like Amitabh Bachchan, Shahrukh Khan and Aishwarya Rai Bachchan.

He was roped in for Yeh Zindagi Ka Safar in 2001 and essayed the role of Rohit Khanna in Mere Yaar Ki Shaadi Hai in 2002. In the same year, he starred in Dil Vil Pyar Vyar, Kehta Hai Dil Baar Baar and Dil Hai Tumhaara. Another breakthrough role was in Rajkumar Hirani’s Munnabhai M.B.B.S and Haasil in 2003.

In 2004, he was spotted playing characters in Agnipankh, in the romantic comedy Hum Tum, and Charas.

Sheirgill featured in the 2006 movie Lage Raho Munna Bhai as well. Films like Bas Ek Pal, Tom Dick and Harry, A Wednesday! are up his sleeve.

In 2017, he acted in Shubh Mangal Saavdhan and Ranchi Diaries. In 2018, he had movies like Mukkabaaz, Zero, Happy Phirr Bhag Gayi, Saheb Biwi Aur Gangster 3, Veerey Ki Wedding, Gun Pe Done and Phamous in his kitty. He Sheirgill was also seen in films like Tom, Dick And Harry 2, De De Pyaar De, Judgementall Hai Kya, Jhootha Kahin Ka, Family of Thakurganj and the like in 2019. 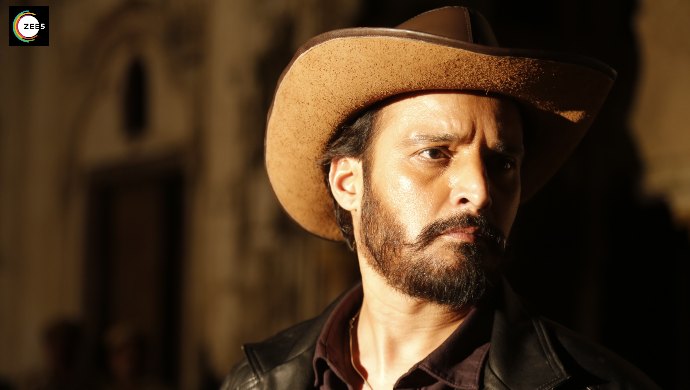 Sheirgill made his debut in Punjabi films in 2005 with Yaaran Naal Baharan. The actor has not shied away from experimenting with the OTT platform as well. In 2020, he starred in Rangbaaz Phirse on ZEE5 and Your Honour on Sony Liv.

His stint as a producer was reflected from the 2011 Punjabi film Dharti which did considerably well at the box office. Sheirgill has also produced films like Taur Mittran Di (2012), Saadi Love Story (2013) and Rangeelay (2013), where he also plays the lead opposite Neha Dhupia.

2009: Apsara Award for Best Actor in a Supporting Role (A Wednesday)

The actor has been nominated for many awards:

2009: Screen Awards for Best Actor in a Supporting Role (A Wednesday)