How Many Actresses Can You Spot In This Ekta Kapoor’s Recent Party Picture?

Ekta Kapoor recently hosted a grand bash at her residence in Mumbai and we had a fun time pointing out the actresses who attended it.

Ekta Kapoor is one of the biggest Hindi TV serial producers in the country and is known for her hit TV shows for two decades now! She is also a doting mother to her son Ravie and a great host for the parties! Yes, the star producer often takes to Instagram to share selfies and pictures from her gala gatherings with her tight circle of TV actors and actresses. Recently the producer hosted another such get-together and there were so many stunning beauties who attended! Can you name all of them?

Take a look at this star-studded group photo:

Did you spot some major ZEE5 actresses in this picture? 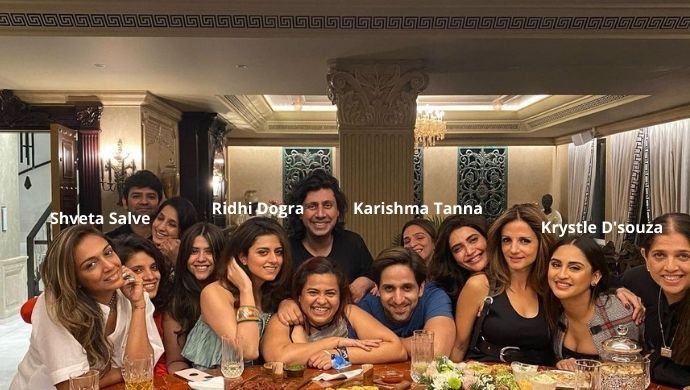 While most people are from the TV industry, it is nice to see Sussanne Khan at the party too. She and Ekta are reportedly old friends for many years! Take a look at this picture with Sussanne that Ekta captioned “The smell of old friendship”

It is also not the first time that these TV divas have partied with the producer. Here are some other pictures that prove that Ekta Kapoor loves meeting her gang outside of the work too.

Take a look at her squad!

We wish the actresses and the produced all the success for their future projects and hope to keep seeing such stunning pictures from their parties!