Dylan Meyer, Kristen Stewart’s Girlfriend: Everything You Need to Know

Dylan Meyer, who is she? Everything you need to know about Kristen Stewart’s partner, a screenwriter, who she’s been dating since 2019, Dylan also shared a snapshot of the two kissing on Instagram to confirm their romance

Kristen Stewart, 31, went on to date several other high-profile persons, including St. Vincent and Stella Maxwell. She is now dating Dylan Meyer, a fellow actress, and writer. The couple has been dating since August 2019 — and it appears to be serious, as Spencer told Howard Stern in November 2019 that she “can’t fucking wait” to propose to Dylan. Spencer is the leader of the upcoming Princess Diana movie.

What does Dylan Meyer do?

Dylan is an actress and playwright. She’s worked on XOXO and Rock Bottom, as well as Amy Poehler’s Moxie and Seth Rogen’s An American Pickle. Wrestling Isn’t Wrestling, The Death and Return of Superman, and Homemade are just a handful of Dylan’s short films and TV programmes. 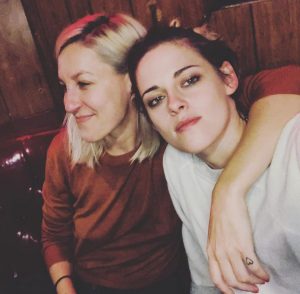 What brought Dylan Meyer and Kristen Stewart together?

Dylan and Kristen met on a movie shoot six years ago, and they started dating in 2019. Kristen said as much in a 2019 interview with Howard. “All bets were off the day I met her,” she told Howard. “I was thinking, ‘Where have I been and how have I not known you?'” she says. She’s been living in L.A. alongside my life in some way, but we’ve never met?” Kristen informed the radio presenter that she and Dylan reconnected at a mutual friend’s birthday party several years later and that she knew she was in love immediately away.

Kristen had a number of prominent relationships prior to her relationship with Dylan. Kristen dated producer Alicia Cargile for approximately two years after her widely publicised breakup with her former Twilight co-star before parting in 2016. After that breakup, Kristen dated artist St. Vincent, real name Annie Clark, for a short time that year, following the singer’s own breakup from longtime girlfriend Cara Delevingne. Kristen began dating Stella the next year, however, the two broke up in late 2018 after over a year together.

Kristen is said to have started dating Dylan in the summer of this year. In October of that year, Dylan announced their relationship on Instagram with a photo of the two kissing.