A look at how Dheeraj Dhoopar celebrated his 36th birthday on December 20 with his Kundali Bhagya co-actors and his wife.

Dheeraj Dhooper, our very own Karan Luthra, from Kundali Bhagya, celebrated his birthday on December 20th. Needless to say, he had a blast on his special day with the crew members of the show and then with his wife. Here are some pictures from his 36th birthday celebration.

Sharing a cake with his co-star, Shraddha Arya! 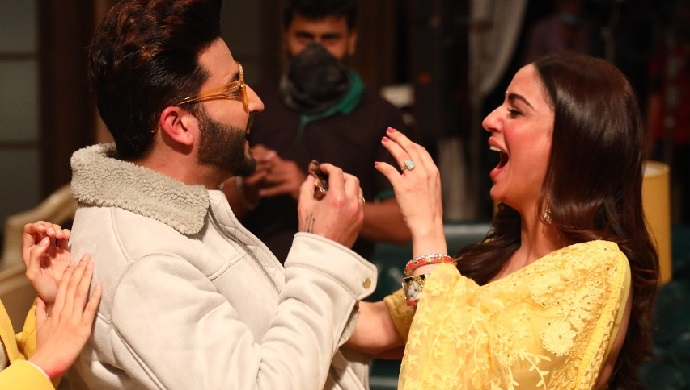 And here we see his post-cake-cutting celebration with his co-stars Shraddha Arya, Swati Kapoor, and Abhishek Kapur, and the rest of the crew on the sets of Kundali Bhagya. 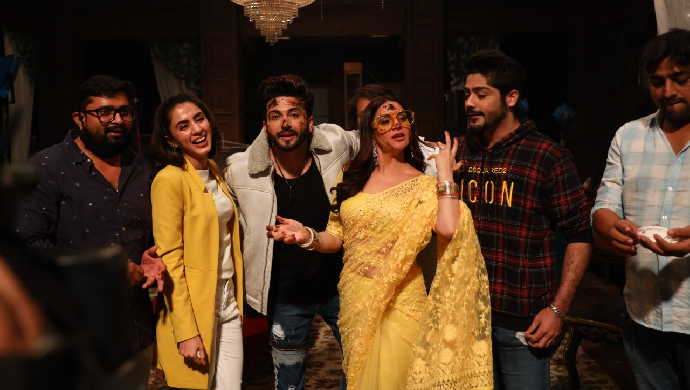 His Instagram was flooded with wishes from his fans, friends, and co-actors. His wife, Vinny Arora Dhoopar, shared a very interesting video of Dheeraj sitting in the middle of his birthday decorations, posing with a glass of wine and a load of swag!

Dheeraj Dhoopar then shared a video of his sipping on a coffee. But! His coffee also had a message for him. Take a look!

Dheeraj received numerous wishes from all his friends on Instagram, which he reshared via his stories. Here you can see the wishes he received from his friends Aryaman Seth, Divyanka Tripathi, and Charul Malik. 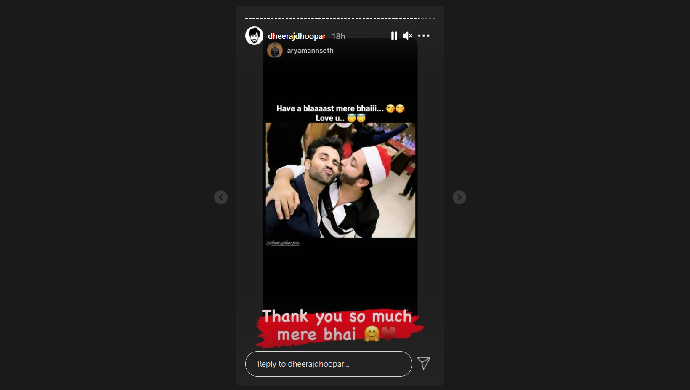 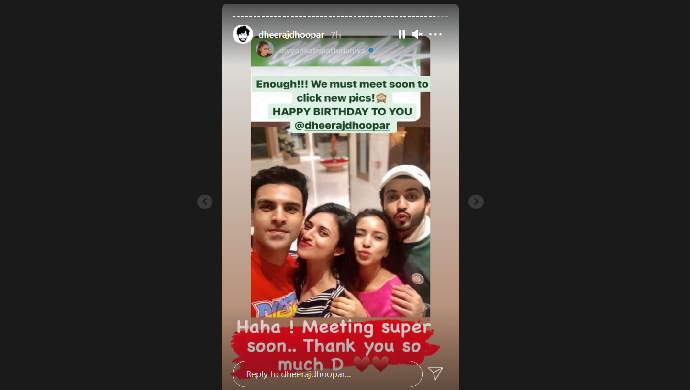 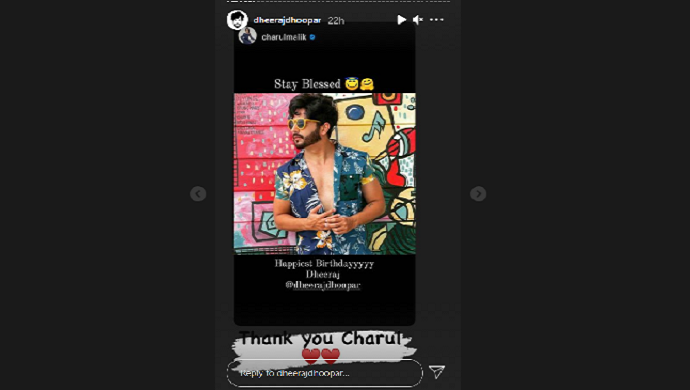 Dheeraj Dhoopar shared a cool picture of himself at the day’s end, thanking everyone for wishing him.

Watch Dheeraj Dhoopar in Kundali Bhagya on ZEETV and ZEE5.