Devmanus: Who’s Neha Khan Aka ACP Divya Singh? Everything You Need To Know About The Actor

Neha Khan has made an impressive TV debut as ACP Divya Singh in Devmanus. Here’s taking a look at the actor’s journey from Cinema to TV.

Many actors have a widespread career, essaying a variety of roles through which they achieve the status of a veteran. However, some actors just impress the masses with their ‘one’ iconic role. And the aura of their most well-known character helps them carve a special place in the hearts and minds of the audience. The masses too love the actors based on their on-screen persona. Similarly, ACP Divya Singh from Devmanus has been one such character who has marked an impressive presence in this thriller.

While the storyline of the show has reached a peak point, fans are vibing over Divya’s bold and fearless avatar. The viewers are assured that her character will be a game-changer in the story. ACP Divya has emerged as a heroic character, creating troubles for Ajit and his mysterious plans. Played by Neha Khan, the character is getting hailed by the audience and they are eager to know more about the actor. Well, we have got you covered here.

So here’s everything you need to know about Neha Khan aka ACP Divya Singh. 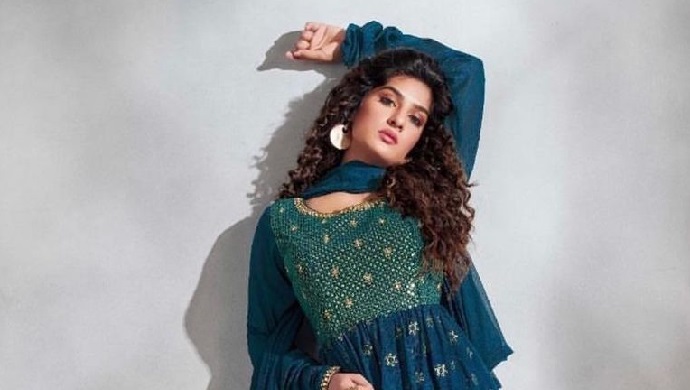 Born in Amravati, Maharashtra, Neha was fascinated by the world of modelling at a very early age. Eventually, she started participating in various events and earned the title ‘Princess Of Maharashtra’ at the age of 15. The actor moved to Mumbai in 2014 and since then has been an active part of the film industry.

She made her debut with the 2015 bilingual film Bad Girl which also features Sherlyn Chopra. Further, she went on to star in many interesting multilingual projects including Uvaa, 1971: Beyond Borders, and The Dark Side Of Mumbai. The actor has starred in two Marathi films including Gurukul and Shikari.

Neha Khan proved that even small screens can be your “long shot” in the showbiz world. Essaying the role of ACP Divya Singh in Devmanus, the actor impressed everyone with her debut performance on TV. The bold persona and the different outlook of her on-screen character have made her one of the most-loved characters on TV.

Coming to Devmanus, the recent happenings have got the viewers excited. While Ajit’s real identity of Devi Singh came to light, ACP Divya is thoroughly investigating the mysteries in the village. The audience is excited to witness the clash of Divya Singh and Devi Singh in the story. The thriller has now taken an unexpected turn with loads of surprises stored in for us.

Well, it remains to be seen how the story unfolds ahead.