#BreakingTheBarrier: Ahead Of Women’s Day, Nivedita Saraf Opens Up On ‘Gender Roles’ And More

In an exclusive interview for International Women’s day, actress Nivedita Saraf opened up about many interesting things about this subject.

In an exclusive interview for International Women’s day, actress Nivedita Saraf opened up on many interesting things about this subject. She spoke about her character Asawari’s journey in Agga Bai Sasubai, ‘gender roles’, what being a woman means, etc. Her interview was quite insightful and will make you love her even more. She also talked about how women suffer, initial life struggles, and more.

While speaking on her character Asawari, Nivedita shared that they are quite similar. Just like Asawari, who is a family-oriented person, Nivedita is the same in real life as well. Nivedita said that she loves her husband and son very much. At a point, she chose to shift her entire focus from career to taking care of the family.

Nivedita also shared that she got to experience being a whole new person while playing Asawari. She pointed out that Asawari’s journey is truly inspiring. She went from being a timid housewife to a successful businesswoman and that is truly commendable. 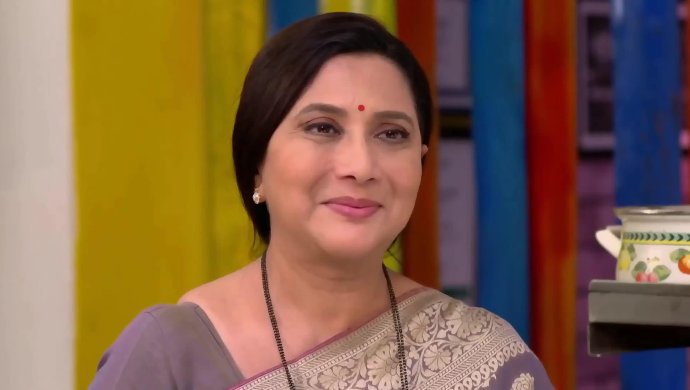 Nivedita also talked about her childhood and how her mother never followed typical gender roles. Having lost her father at a young age, Nivedita grew up surrounded by women. Her mother never treated her sister or her any differently just because they were girls. Nivedita feels very lucky to have been brought up in a household that was free of gender bias and gender discrimination.

Nivedita narrated an instance from her childhood where her house helper would complain about her drunkard husband to her mother. Nivedita said that she remembers her mother giving advice to her house helper. She asked the helper not to encourage his drinking by providing him with money and to stand up for herself. This instance made Nivedita understand how women are treated very early in life.

The actress concluded by saying that women are very strong and have a very high tolerance to everything. She believes that women sacrifice a lot, and it is because of their sacrifices that others are able to succeed in life. Do you think she is right?