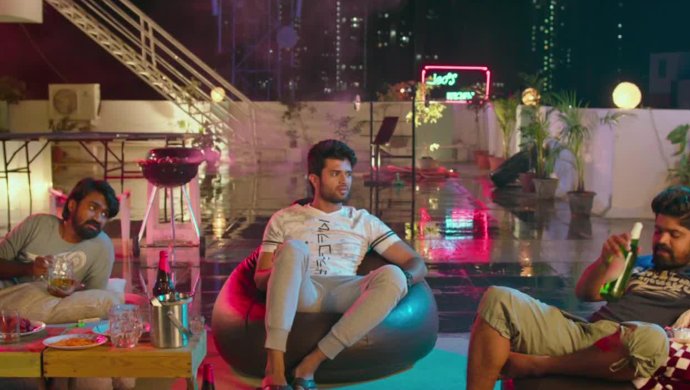 Vijay Deverakonda revamped his image from a rowdy young guy to a good boy in his last outing Geetha Govindam in which he was paired with actor Rashmika Mandanna. The reasons for this film ranking high at the box office are possibly endless. We bring you a few of the best scenes that will tell you what makes this romantic drama worth it.

A popular belief is that a good film establishes its end in the first five minutes of the film. By that logic, Geetha Govindam qualifies to be one. After the opening shot, we see Vijay watching a film with his friends. He then goes on to dissect the scene and explains the importance of unspoken communication in a relationship which makes it perfect. Geetha Govindam, in fact, is the story of a boy seeking the perfect relationship.

2. Cheesy tactics to impress the girl 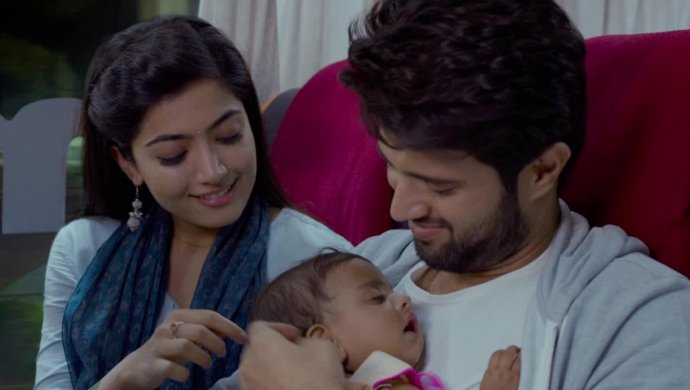 It’s a romantic drama that obviously has its share of cheesy romantic things. The boy meets the girl, falls in love and there begins his quest to win her love. In this attempt, he tries to befriend her over a bus journey. When his words don’t work, it’s a toddler who does the magic. But there’s a catch. To know what, watch the film. 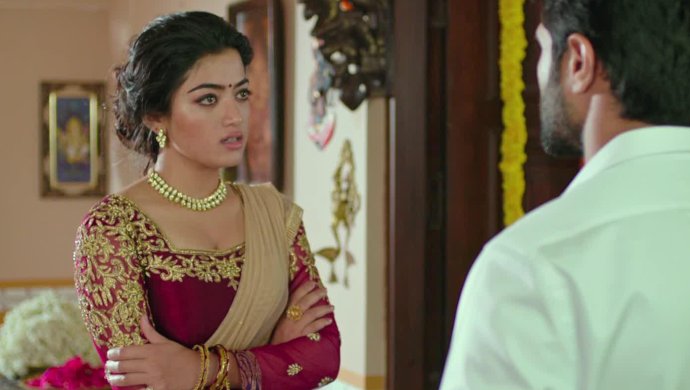 Contrary to most romantic dramas where the boy is a Casanova and the girl, a shy one, Geetha Govindam breaks all boundaries. After an unintentional mistake on Vijay’s side, Geetha treats him like an enemy at every point. She warns him against looking at girls. She says, “inko saare chustey, acid posesta!” (if you look at women again, I’ll throw acid on your face.) 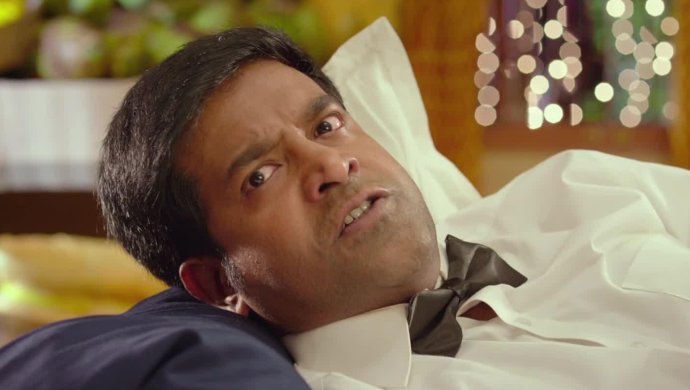 Like most times, Vennela Kishore’s character is fooled by others even in this film. But unlike most of his other films, here, he is smart and intellectual for his own good. Not only does he buy the sad stories of poor families fabricated to him, but he also breaks relationships and loses Geetha to these lies. It may sound sad now, but it’s a laughter trip you will love.

5. The macho climax with a twist 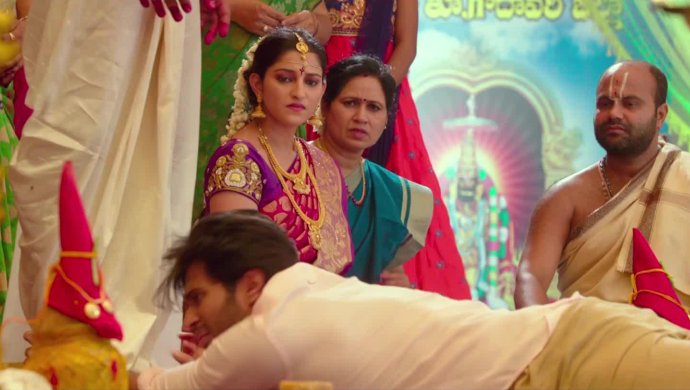 By the end of the film, Vijay finds his ground and decides to marry Geetha by hook or by crook. Taking advice from Nithya Menen, he heads to the Pelli mandapam. Vijay says things to people in the wedding hall that makes us believe that he is here to create a ruckus. What does he finally do? After a heated build-up, Vijay falls on the feet on Geetha’s elder brother and begs for permission to marry his sister. Truly, Geetha Govindam is a delight!