Lata Mangeshkar Still Laying On The ICU Bed; Here’s What Doctors Has To Inform About Veteran Singers Health

Lately if was informed that the veteran singer Lata Mangeshkar has contracted positive for Covid 19 and was hospitalized. She still remains in ICU and this is what the doctors have to say

Everyone is concerned about the health of veteran singer Lata Mangeshkar, who has enchanted millions of fans with her beautiful voice. Lata Mangeshkar was discovered corona infected on January 8 and has been in the hospital since then. Lata Mangeshkar’s fans from all over the world are wishing for her quick recovery. Her doctors are also constantly updating his fans on his health. 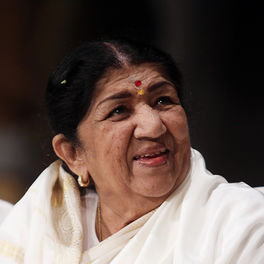 Lata Mangeshkar, 92, was also diagnosed with pneumonia and corona. Doctors are more concerned about his age in such a situation, which is why she has been kept in ICU. When the doctor gave an update on Lata Mangeshkar’s health a few days ago, he said she would be kept in the hospital for 10-12 days so she could receive better treatment under his supervision. She is being treated by the best doctors in the world. Lata Mangeshkar’s family and millions of fans are only hoping that Lata Ji, the world’s favorite, will recover quickly and return to her home.

Lata Mangeshkar is admitted to Breach Candy Hospital in South Mumbai after contracting a corona infection. Her health is getting better all the time. She is, however, still in the intensive care unit. Meanwhile, the singer’s doctor, Pratta Samdani, told the news agency that Lata Ji is still in the intensive care unit. The doctors are doing everything they can to ensure that he recovers as quickly as possible. She has appealed to the people to pray for Lata Ji’s recovery. Let us inform you that the 92-year-old singer was admitted to the hospital on 9 January after being infected with Corona.

(Also Read: Lata Mangeshkar To Be Kept In The ICU For Another Few Days; THIS Is What The Doctors Have To Say About Her Health Condition)

On the work front, Mangeshkar, also known as the Queen of Melody and India’s Nightingale, began her career at the age of 13 in 1942 and has since sung over 30,000 songs in various languages. Lata Ji has also received numerous awards from the Indian government for her outstanding work. Padma Bhushan, Padma Vibhushan, Dadasaheb Phalke Award, and National Film Awards are among his many honors.