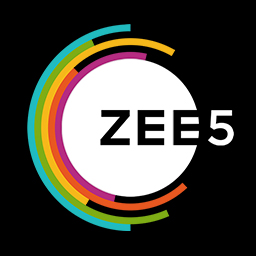 To make it more simple, here are the top 8 worthy cartoon movies from the endless options.

There might not be another choice to begin discussing the list of the best cartoon movies. Hotel Transylvania-Transformania is one of the worthy animated films focusing on the Halloween theme. The traditional cartoon monsters and vampires are enough to leave the viewers spellbound.

The world-class cinematic movie experience takes you way farther than just cartoon animations. The hilarious characters and soothing voice-overs are going to mesmerize your animated movies online. Hotel Transylvania is already a popular choice cartoon movie series among little ones. It is one of the movies of 2022 that you can experience with kids and family members to spend some quality fun time.

We have another great animated movie release in 2022- DC League of Super Pets. Yes, you heard it right; it is related to the DC Comics Extended Universe, which brings the same superhero stuff and action-packed scenes. The best part is experiencing the classic superpower cinematic universe with modern animation and a compelling storyline.

It is surely one of the best cartoon movies to meet your speculations and expectations. DC League of Super-Pets is already highly popular among fans, and some credit goes to leading actors Dwayne Johnson and Kevin Hart. Add it to your watchlist and enjoy the excitement with a heartwarming visual experience.

#3. Spider-Man: Across the Spider-Verse

Who doesn’t love Spiderman, our very old superhero who brings out loads of memories and excitement? But the experience gets more overwhelming when we experience the best animations and phenomenal story plots. This is one of the best cartoon movies that prove the world is never going to get bored with superheroes, especially in the animation world.

Most of the reviewers’ audience even believes Spider-Verse surpasses No Way Home (a previous franchise movie). However, we leave it up to you to watch this cartoon movie and see where it takes you. Not to mention, do not forget to enjoy this masterpiece of superhero fun with your kids and family.

It is one of the most animated movies of 2022 that should be on your watchlist. The buzz around the movie was the fictional inspiration of the famous Toy Story. Based on the reboot of Star Command, Lightyear is going to fill adults as well as children with excitement. Pixar has brought you one of the best cartoon movies to take you on a journey of real spacecraft animations.

Although Rango was released in 2011, it has been one of the best cartoon movies since then. Rango is the story of a pet chameleon who indulges in action-packed, adventurous experiences. The plot takes you to a thirsty town of dirt, describing his struggle to find water. The fun experience keeps growing when you get to experience Sheriff Rango solving the case of missing water. It is a light, fun-filled cartoon animation movie to make your kids happy and blissful. The movie is all about witnessing people’s expectations of their hero Rango to save them in this crisis. Pick this as your next watch and find out if Rango emerges as a hero or loser in his adventures.

Sonic, an all-time popular cartoon character has blown everyone’s mind with the movie representation. Sonic The Hedgehog 2 is one of the best cartoon movie sequels that can leave kids with sheer excitement. Experience the animated representation of the Earth with an amazing storyline and other animated characters. Most of the storyline remains focused on multiple locations that you’ll be familiar with. Tails and Knuckles from the game to the movie will be enough to bring back all those old memories. Your kids will be amazed at the most destructive villain of the animated series – Dr. Robotnik.

Released in the year 2009, Up is another animation masterpiece from Pixar. The movie got a worldwide acclamation for the best storyline and emotional touchpoints. Carl Fredricksen, the old widower, is doing everything to honor his love. The amazing scene where he ties thousands of balloons to his home will leave you mesmerized. His meeting with Scout and their friendship will give you quality movie time with the cartoon fun. Join Carl on his one-of-a-kind exploration of South America and search for the forbidden falls. If you want the best cartoon movies for your child, Up will be a surefire addition.

Now, you have the list of the best cartoon movies to experience a creative and exciting fun time. Your kids are not only going to have a blast of the time but can also catch up on certain analytical or problem-solving skills. The positivity and motivation in these movies make them a worthy recommendation for anyone.