From being an introvert to calling himself absolutely lazy, here are a few quirky answers given by the Maza Hoshil Na in his recent live session on Instagram.

Virajas Kulkarni has been leading the pack of Maza Hoshil Na along with Gautami Deshpande. It’s a romantic drama that revolves around Sai and Aditya who are seemingly in love with each other but refuse to confess. The show has topped the popularity charts thanks to Virajas’ splendid performance as Aditya. Although the actor keeps quite active on social media, he keeps a low profile in real life. Not many are aware that Virajas is as fascinating a person as Aditya. Virajas’ fans recently had the chance to know their favourite star better thanks to a live session on Instagram. Through this virtual chat, the actor unfolded different aspects of his personality that we never knew existed!

Watch Virajas aka Aditya talk about his dream girl Sai in this episode of Maza Hoshil Na.

The session began with Virajas being asked if he’s an introvert or an extrovert, the actor replied that he is an introvert until he’s put in front of the camera or on stage. Once Virajas is on camera, he becomes a different person. What a great way to put it, right? There was one question that was too obvious to answer. When asked if he considers himself as a funny or a serious person, Virajas said that he considers himself funny. He clarified that he doesn’t like when things get too serious.

You would think that Virajas’s quirks would end after a point, but no! He went on to give witty replies to questions. When asked if he’s a pessimist or an optimist, the actor was quick to reply that he is a cynic because he’s optimistic about some things going really bad. Another then went on to reveal an inside secret about the show. You must have seen him drinking tea in many scenes but did you know that the actor doesn’t like drinking both tea and coffee? Virajas revealed that he has just pretended to drink tea in the scenes we have seen him so far.

There were a few points in the live chat when we wondered if he’s the same innocent Aditya that we know of. Though we see him prim and proper on the show, Virajas revealed that he’s messy in real life. We couldn’t stop laughing when he said that he can’t function without having litter in his room. #Relatable much? The actor was then asked to choose between sunrise and sunsets. Virajas chose sunsets without thinking twice. On that note, Virajas revealed that he’s a night owl as he has gotten used to working late nights, and therefore, hates waking up early. Can you believe that this is the same innocent Aditya we see on Maza Hoshil Na? 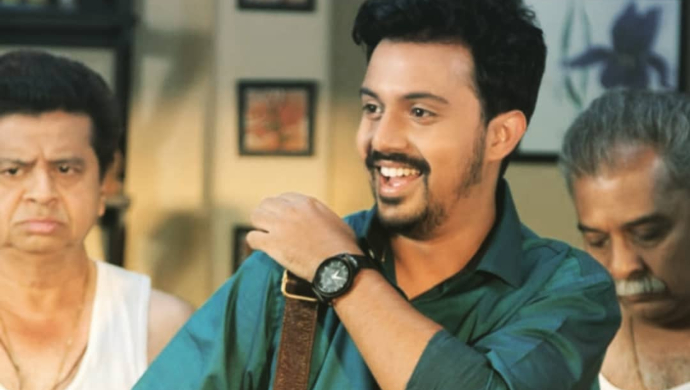 There was yet another interesting side of his personality that we became aware of during this live session. We realised that Virajas is so lazy that he would prefer ordering food instead of cooking it himself any day. Even while doing household chores, Virajas said that he procrastinates until his mother orders him to finish them. He also said that he would choose nap breaks instead of food breaks as he loves to sleep. Virajas swept through these questions quickly until he got stuck at one question. The actor found it hard to answer when asked to choose between emails and video calls. Virajas thought over it and finally revealed that he prefers writing emails over video calls as he’s much more articulate when he writes.

You can watch Maza Hoshil Na premiere episodes before TV with the ZEE5 Club Pack at just Re 1 per day!