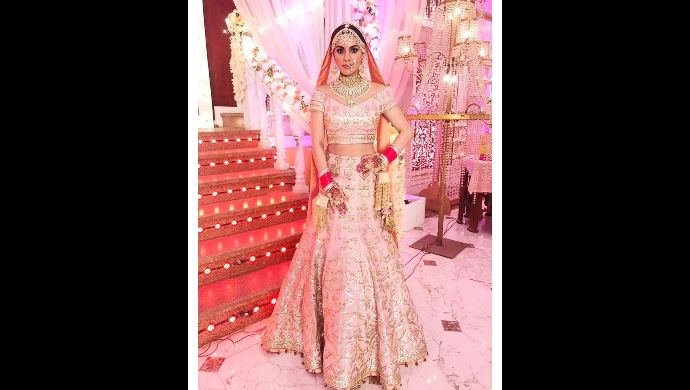 Ekta Kapoor’s show on Zee TV, Kundali Bhagya, has managed to stay on the top of its game ever since it went on air. The television serial has managed to rake in high TRPs week after week and even bagged the top spot on BARC Ratings several times. A high-voltage drama is about to unfold as Shraddha Arya, who plays the female lead Preeta Arora, is about to get married on the show.

As seen in the latest episodes of Kundali Bhagya, Preeta is set to marry Prithvi Malhotra (Sanjay Gagnani) in the upcoming track of the daily soap. In a shocking twist, Karan Luthra asks Preeta to call off her marriage with Prithvi. While we sit and scoop out an exclusive update on ‘will she or won’t she’ marry Prithvi, scroll further to check out pictures of Preeta looking pretty in pink. 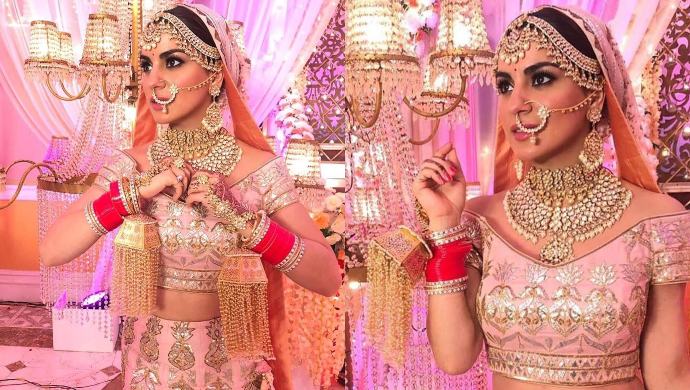 For her wedding day sequence, Shraddha Arya, who plays Preeta on Kundali Bhagya, decked up in a pink bridal trousseau and is an epitome of grace and gorgeousness all in one. Wearing an embellished lehenga and heavy traditional jewellery, pictures of Shraddha in the bridal avatar have been doing the rounds of the internet.

Shraddha Arya Stuns In A Reynu Taandon As Preeta, To Marry Prithvi On Kundali Bhagya 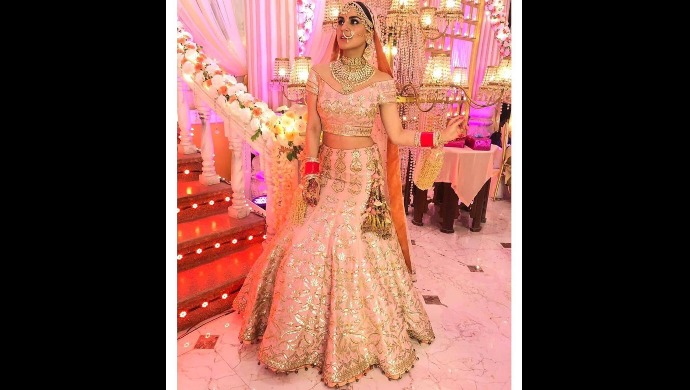 Preeta’s wedding look from Kundali Bhagya has become the talk of the telly town. Actress Shraddha Arya, who plays the said female character, slipped into an embellished Reynu Taandon creation for the bridal avatar. 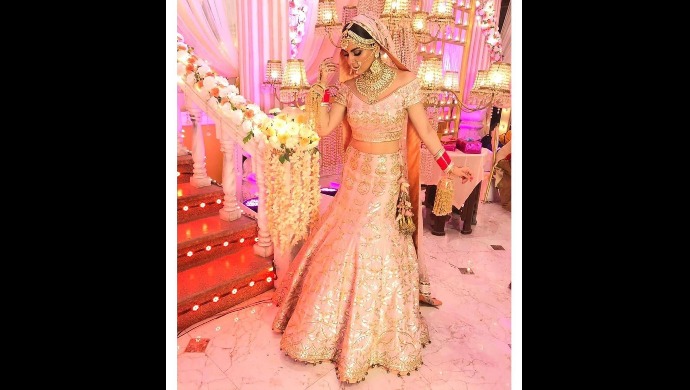 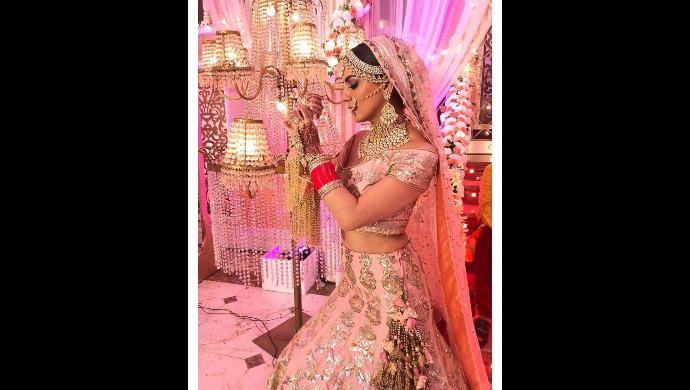 Kundali Bhagya actress Shraddha Arya aka Preeta Arora is a pretty Punjabi bride in pink flaunting her chooda and kalire as she prepares to marry Prithvi. You can read the significance of chooda and kalire during wedding festivities here.

Shraddha Arya’s Bridal Avatar From Kundali Bhagya Breaks The Internet, Seen It Yet? 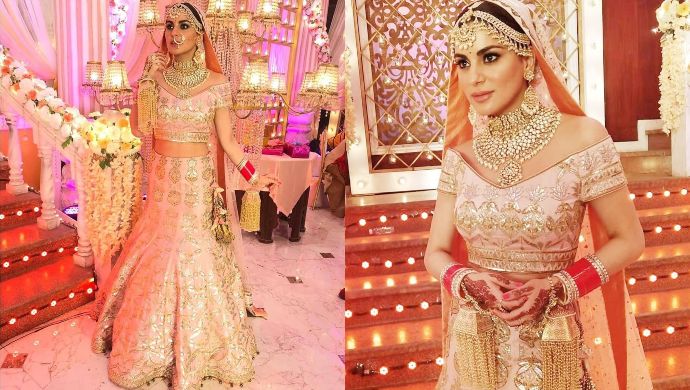 Shraddha Arya’s bridal avatar for an upcoming wedding sequence on Kundali Bhagya has taken over the internet and how. In case you haven’t checked it yet, check it out now! With every picture, our excitement levels are through the roof as we bite our nails thinking if Preeta will really end tying the knot with Prithvi. What do you think will she do? 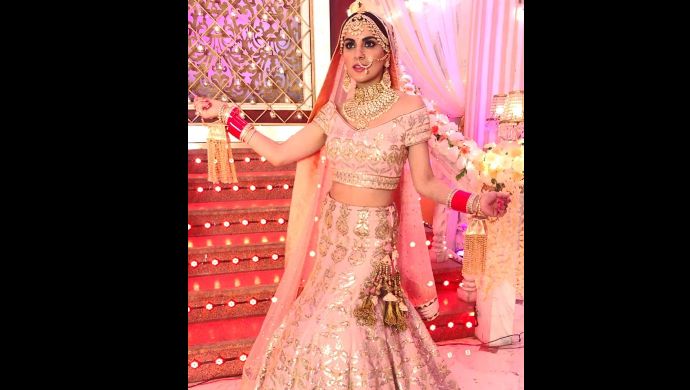 Ta-daa! Shraddha Arya shared pictures on Instagram as the bride-to-be Preeta Arora from her show Kundali Bhagya. Sherlyn, who loves Prithvi, is leaving no stone unturned to stop his marriage with Preeta. Will she get her way again and add drama to the wedding track? 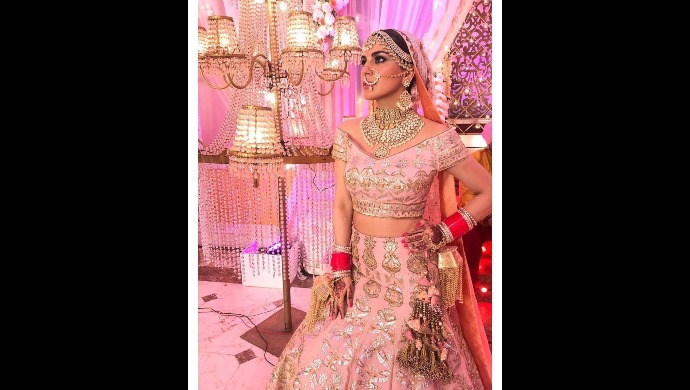 Besides all the drama and suspense, we cannot wait to witness what twist Sidharth Malhotra and Parineeti Chopra of Jabariya Jodi will add to Preeta and Prithvi’s wedding. Will Sherlyn seek their help to abduct the groom? Now, won’t that be great because fans want Karan to marry Preeta! 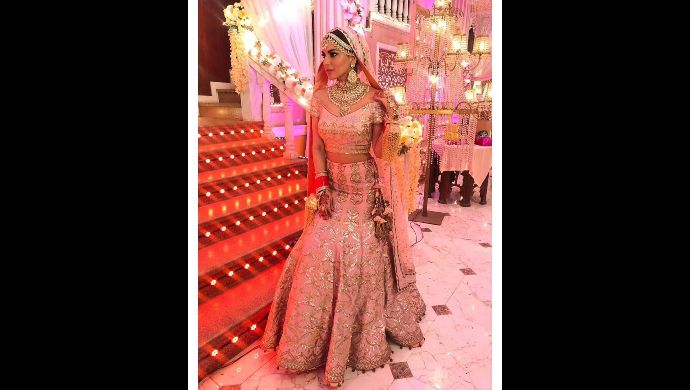 Dear brides-to-be, take notes from Shraddha Arya’s bridal look for her reel wedding with actor Sanjay Gagnani. Pink and golden hues are so in, and the traditional jewellery only amped the glam quotient by several notches. Her deep kohl-ed eyes with smoky makeup and a bright palette paired with a small bindi is oh-so-beautiful!

Karan Luthra Or Prithvi Malhotra – Who Will Preeta Arora Marry On Kundali Bhagya? 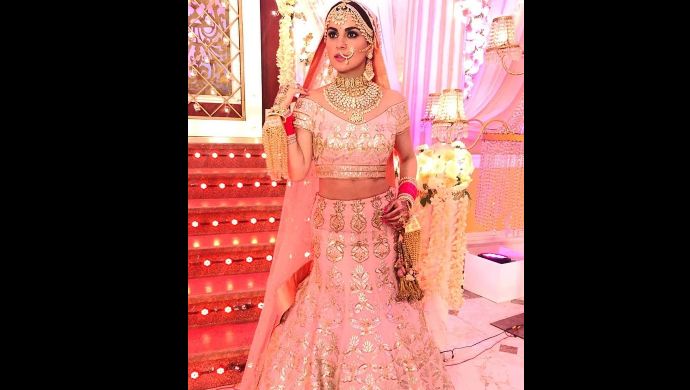 Karan Luthra and Preeta Arora are in love with each other, on the show Kundali Bhagya. Although none of them have confessed their feelings to each other, it’s evident for viewers to see the chemistry between them. Prithvi Malhotra, Preeta’s fiance is hell-bent on marrying her, much against the wishes of his girlfriend Sherlyn. Prithvi and Sherlyn had hatched a plan to take revenge from the Luthras and thus, had decided to marry Preeta and Rishab Luthra respectively.

Preeta admitted to being in love with Karan, but since they are indifferent towards each other now, sees no reason to call off her wedding. Karan, who is angry with Preeta owing to a big misunderstanding, is heartbroken to hear about her marriage. Prithvi, on the other hand, has taken a liking for Preeta and wants to marry her anyhow! Given all these circumstances, it would take a major twist and some power-packed turn of events to stop Preeta’s marriage. Who will she marry – Prithvi or Karan? Find out on Kundali Bhagya soon only on ZEE5!

Watch ‘Bhoot Purva’ a ZEE5 Original horror comedy. This webseries stars Zoa Morani and Rishabh Chaddha, where one partner returns to be with the woman he loves.