ZEE TV actors have shot up to fame with Bollywood movies. Our inhouse actor Sushant Singh Rajput was first seen in Pavitra Rishta. He then went on to do films like Kai Po Che, Detective Byomkesh Bakshi, Sonchiriya, etc. Similarly, a few actors from Zee TV serials are making their Bollywood debut in 2020 with interesting and unusual films alongside stalwarts like Amitabh Bachchan, Emraan Hashmi and Salman Khan in the industry. Let’s have a look at them –

Releasing on 31 January 2020, Gul Makai stars Tujhse Hai Raabta fame Reem Sameer Shaikh. She will be seen playing the youngest-ever Nobel Prize winner Malala Yousafzai.. Based on the life of the Pakistan-born activist, the movie has been directed by Amjad Khan and written by Bhaswati Chakrabarty. 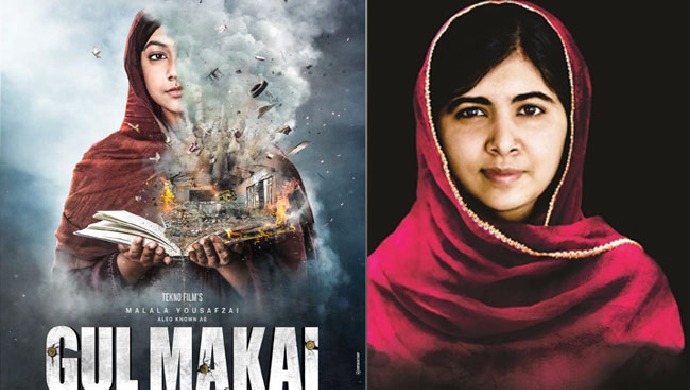 Malala’s father is being played by Atul Kulkarni. The film gets its title from the pseudonym used by Malala for her blog. In 2009, she wrote a blog about her life during the Taliban occupation of Swat. The trailer of Gul Makai was recently released on 9 January 2020.

Firsts are always so special !
I am so happy to be associated with @AnandPandit in his next film #Chehre . I Couldn’t have asked for anything more than to share screen space with the industry's best in my first !! Chehre, In cinemas from 24th April 2020 . pic.twitter.com/Uu06DX0hv5

The film is directed by Rumi Jaffrey, produced by Anand Pandit and will be releasing on 17 July 2020.
Announcing the news, she took posted on Instagram saying, “Here’s to a new beginning! Another first. Shooting my first film with a dream team! Can’t wait for you’ll to see this one. Need all your love and blessings as always”.

Speaking of TV actors, Gautam Gulati, will also be seen in a new Bollywood movie, Radhe, alongside Salman Khan and Dishan Patani. The former Bigg Boss 8 winner was also seen in movies like Behen Hogi Teri and Azhar. He starred on the Zee TV show Kasamh Se, as a supporting character. His film is expected to release on Eid 2020. Radhe will be produced by Sohail Khan and Reel Life Production Pvt Limited, under the banner of Salman Khan Films.

“Great feeling to be part of sir Salman Khan Films. What a genuine and kind human being. It is like a dream working and seeing him around almost every day and I cannot thank God enough for this great opportunity to be working with the top megastar of our country. Love you Salman sir,” Gautam wrote on his Twitter account.

Watch the latest episode of Tujhse Hai Raabta on ZEE5 –