All you need to know about Court Martial actor Rajeev Khandelwal.

Rajeev Khandelwal is a celebrated Indian actor, host and singer. He has carved his niche not only in the Bollywood industry but also by hosting talk shows on television. Other than acting in movies, he has also made a documentary named Samarpan based on paramilitary forces in India. This documentary was featured on Doordarshan.

Watch the promo of his upcoming series Naxalbari here:

You can’t not dream!

Rajeev Khandelwal was born to Lt. Col. C.L. Khandelwal (retired) and Vijay Laxmi Khandelwal on 16 October 1975, in Jaipur, Rajasthan. His elder brother is Sanjeev Khandelwal. He did his schooling from Kendriya Vidyalaya, Jaipur. He has a Bachelor’s degree in Chemistry from St. Xavier’s College, Ahmedabad.

Last year at some point I was with him.. This year at this point I wish there are many of him… He said it isn’t difficult.. Light a smile spread some cheer and voila…You are him!

In 2007, he adopted a five-year-old girl Swati from the Muskaan Institute. Khandelwal married his long-time girlfriend Manjiri Kamtikar on 7 February 2011.

The actor started modelling for brands like LML, Green Label Whiskey, Videocon among many others.

Rajeev Khandelwal started his career with television shows like Banphool (1998) and Kya Hadsaa Kya Haqeeqat (2002). He rose to fame with the popular show Kahin To Hoga (2003-05).

The actor has played many roles portraying the army and the police force. He was seen in Time Bomb 9/11 (2005), Sun Leyna, C.I.D. as ACP Prithviraj and Left Right Left as Captain Rajveer Singh Shekhawat (2006). 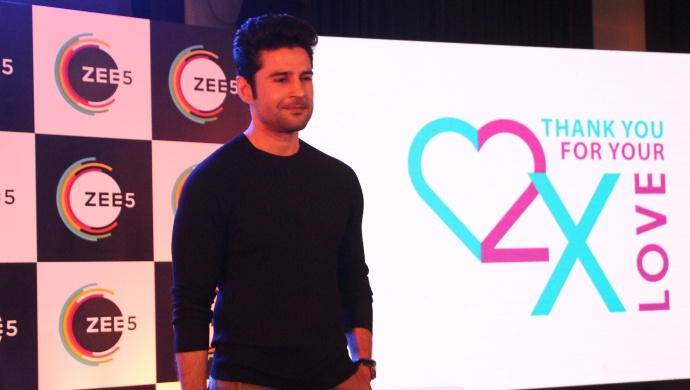 Rajeev made his debut in the film industry with the critically acclaimed film Aamir in 2008, which proved to be a turning point for his career. He starred in Shaitan and Soundtrack in 2011. He has been a part of movies like Will You Marry Me? (2012), Table No. and Ishk Actually (2013).

And this one is truly truly special. A personal victory. As a child, a miserable performance in a play led me to decide that I will become an actor and redeem myself on the stage someday. Actor I became, but the stage part eluded me. Court Martial was my way of getting that lost pride back and tick one more of the many in my ‘to do’ list 🙂 #redemption

He next featured in Peter Gaya Kaam Se and Samrat & Co. (2014). Rajeev has movies like Fever, DOA: Death of Amar (2016), Salt Bridge (2017) and Pranaam (2019) in his kitty. He hosted the documentary film The Legend of Jaggannath in 2016, which takes a look at the Indian religious festival of Rath Yatra and everything that leads to the celebration of this auspicious festival. In 2020, he has played prominent roles in Court Martial and Ateet (2020) on ZEE5.

Rajeev also has many web series to his credit. He made his digital debut with ALT Balaji’s  Haq Se in 2018. Following this, he starred in Coldd Lassi Aur Chicken Masala and Marzi, both in 2019. He will soon be seen in ZEE5’s show Naxalbari, slated to release later this year.

In 2016, the multitalented actor sang for the promotional version of the song “Teri Yaad” from his film Fever.

2006: MTV Lycra Style Awards Most Stylish Host on TV (Deal Ya No Deal)

Watch his movie Ateet only on ZEE5.