Kanha And Balram Are Blessed With Vani Kala 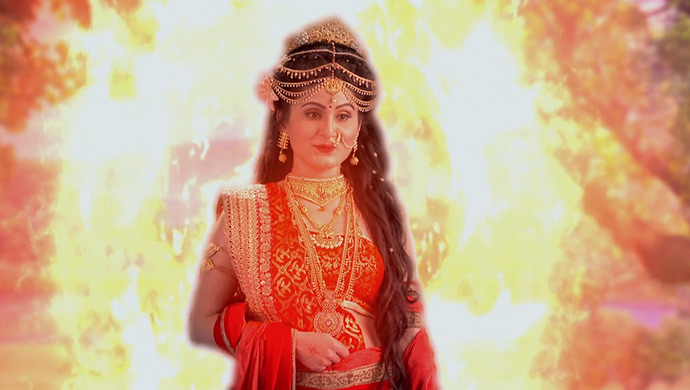 After bringing the earrings, Ela, the goddess of Vani Kala, comes in her real avatar and blesses Krishna that now onwards she will be with him, and with his Vani he will do miracles in the time to come. The goddess tells Krishna that with the help of these earrings he has to accomplish one more task in the near future. 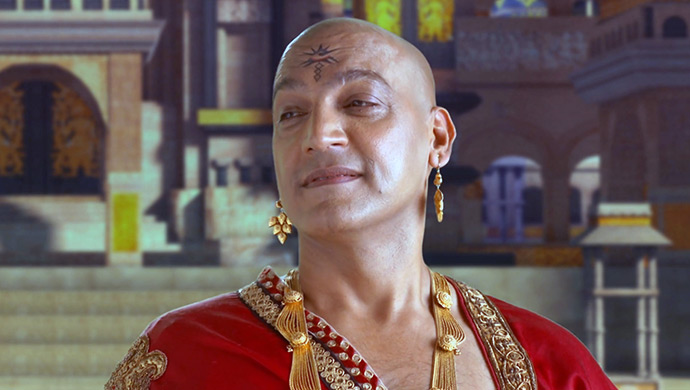 After knowing that Karnasur was killed by Krishna, Kans and his mother gets shocked. Kans then summons Gajasur to kill Griha Lakshmi.

Radha Questions About The Secondary Treatment A Woman Gets 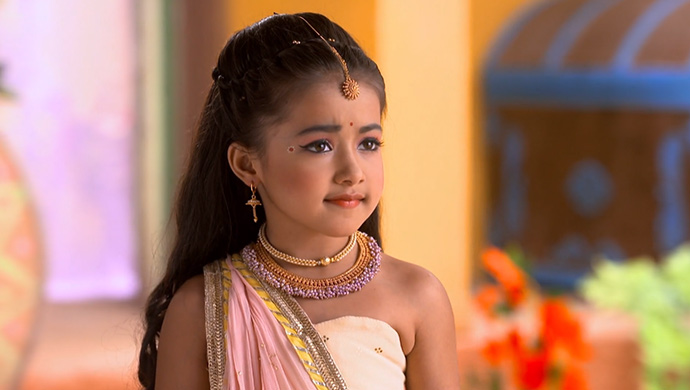 Radha questions her father that the whole world calls their wives and daughters as Griha Lakshmi but deep inside they have a sense of secondary treatment. While they are talking, Gurudev comes there and tells Radha that even women are respected and are worthy of praising on Panchami. 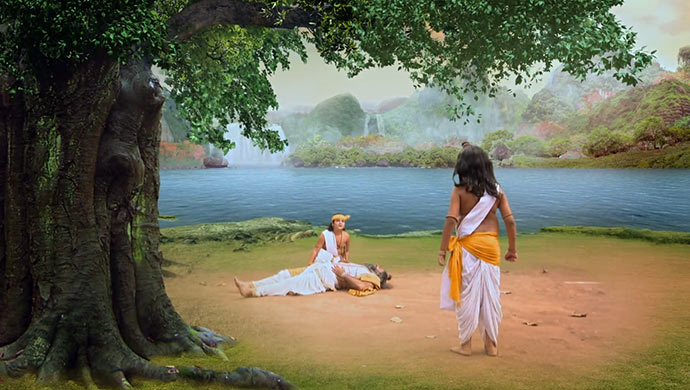 Krishna and Balram’s teacher is about to teach them the Vimla Kala which means Amritva. Balram goes to search for Gurudev and finds out that he has been shot by an arrow and is critically injured by it.

Gajasur Disguises As A Yogi 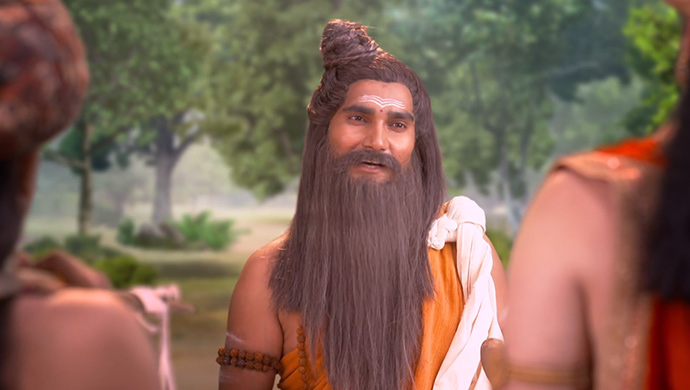 While Radha’s father Vrishbhanu and other people from the village are walking towards their home, a Yogi stops them and tells them that he is happy to know that they are praising women as an avatar of Griha Lakshmi. He gives Prasad to all of them and asks them to share it with their families. Later we see that the Yogi is none other than Gajasur himself who was disguised as a Yogi. 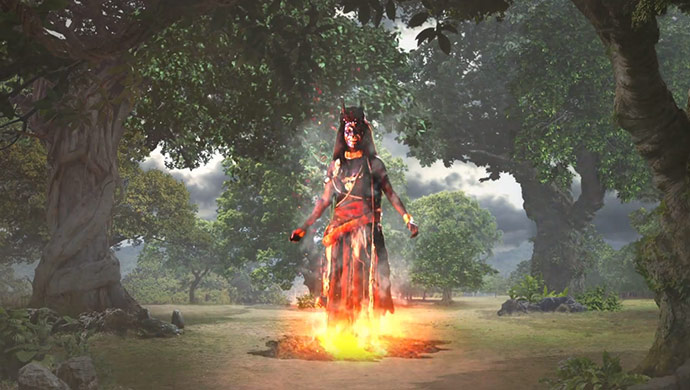 While Krishna and Balram are on their way to find the medicine for the injured Gurudev, they meet Asuri. Krishna asks the Asuri that why does she want to kill them as they have done nothing wrong to her. The Asuri blames Balram that long time ago, he in Laxman avatar, killed both her the sons in front of her eyes. Hearing this Balram gets confused as he does not remember this incident.

Guruvarya Suggests Mangalsutra To Get Rid Of Negativity 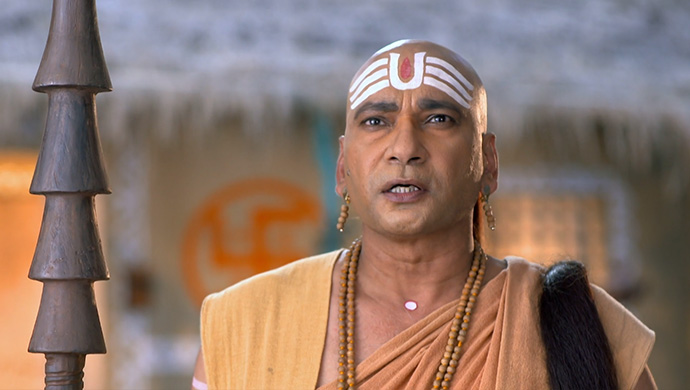 After having the prasad given by the Yogi all the men behave rudely with the women of the village including Vrishbhanu. Radha asks Guruvarya that how can they get rid of this negativity. Radha suggests praying Griha Lakshmi to help them with this problem but Guruvarya tells Radha that Griha Lakshmi can only kill Gajasur with the help of the Mangalsutra.

Tarka Is About To Kill Balram 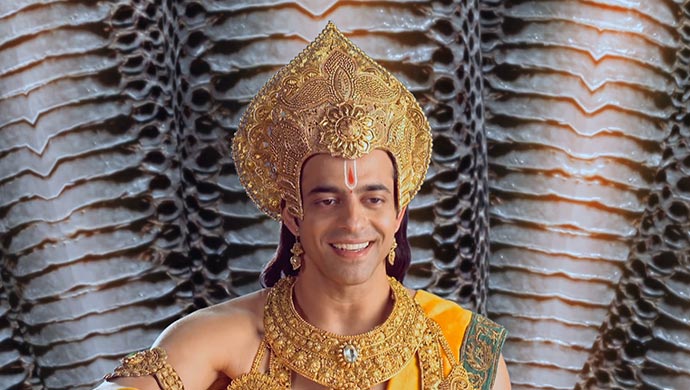 Asuri Tarka is chasing Balram and sees that he is trying to get her angry and call her in the water so that it can stop flames and help her cool down. Apparently, even after getting in the river Tarka’s flames continue and seeing this Balram gets worried because now he has made her angrier. Devrishi Narad reaches to Lord Vishnu and asks the reason for Tarka continues to burn even in water. Lord Vishnu answers to this saying it is not the natural form of fire rather it is her anger and emotions after seeing both her son dying in front of her eyes.

Will Krishna be able to save Balram? keep watching to know more.