1. Time to exchange the rings 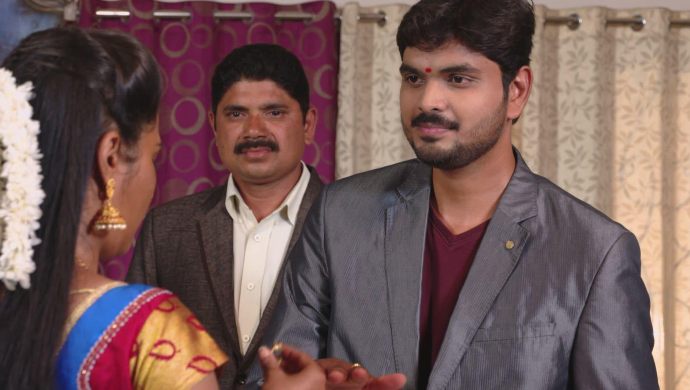 In yesterday’s episode of the ZEE Telugu show Ninne Pelladatha, Brahmini insisted Sampangi settle down with the boy she found for her. However, Sampangi cannot “be engaged to anyone else”, because she aka Mrudula is already married to Madhu.
Since silence is the only resort for Sampangi, Brahmini ignores it like it does not exist. And here’s eventually what went down on Sampangi’s engagement day.

Brahmini, Bharati and Madhu try to talk Sampangi into getting engaged with the boy, Raghu. Because Brahmini knows him well and wouldn’t choose anyone who is not the best for her. They drag her until the ring ceremony and Prajwala tries to “help” Sampangi in exchanging ring, but she simply drops the ring when she sees no other exit. 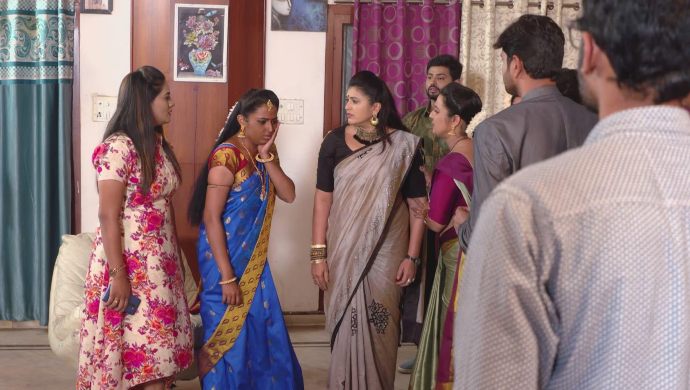 Sampangi falls down at Brahmini’s feet and begs her for doing her wrong. She tries to explain that a wedding is not something on her mind. The latter says that it’s natural for a girl to be scared of, given that she has to leave her family and make space with a new family. But when Sampangi’s cry for help turns to stubbornness, Brahmini loses her calm and responds with a slap on her face.

3. Bharati tries to explain, Mansi and Prajwala fuel the fire 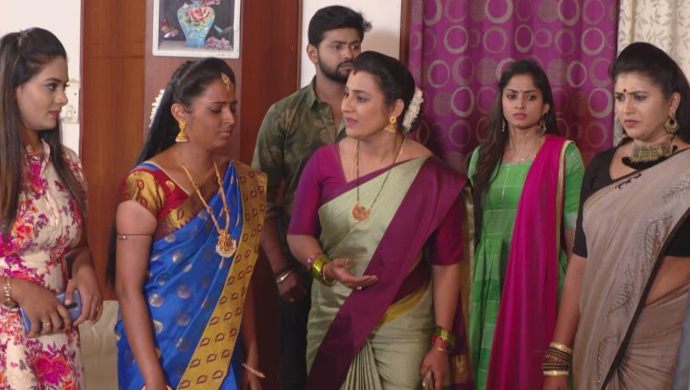 Bharati, who has been seeing her daughter-like Mrudula in Sampangi, steps in to save Sampangi from Brahmini’s wrath. She calmly explains that she must let go of her inhibitions and accept the new life that awaits her. But Mansi and Prajwala do not have the time, patience or intend of helping her. Mansi taunts Brahmini for making the same mistake as her parents did, with Mrudula. Hence, further infuriating her. Prajwala, who knows Sampangi’s truth, keeps dropping subtle hints that make Mrudula go weak in the knees. 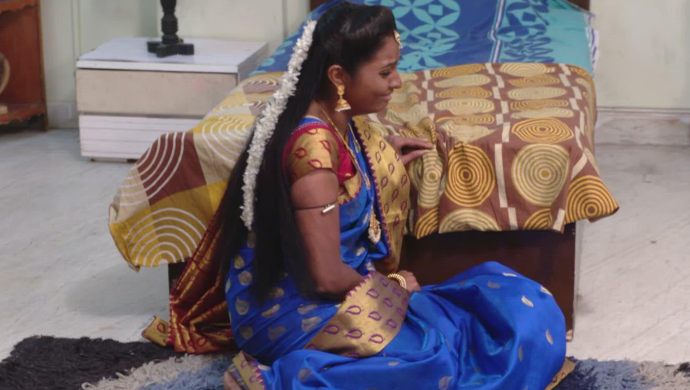 Sampangi asks for forgiveness and rushes into her room. Brahmini calms down and goes outside to speak to Raghu and his uncle. She confirms that their wedding will take place in the same week. On the other hand, Sampangi aka Mrudula bawls out her eyes for the hell that has broken loose upon on her married life. She is so close to her husband, yet so far from him. 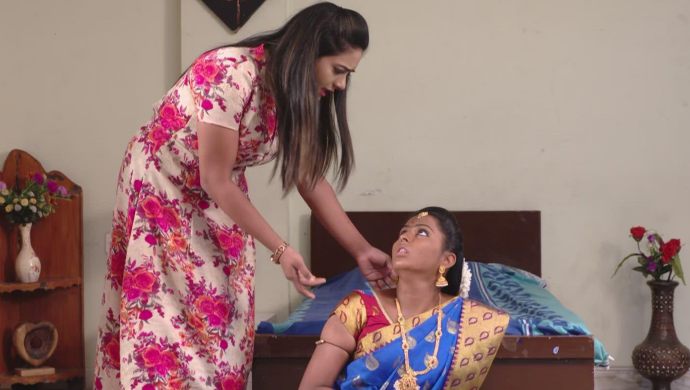 Prajwala gets hold of the perfect moment and goes to Sampangi. She does not leave any room for Sampangi to be unsure that her truth is out. From trying to wipe her tears (which would lead to revealing her natural skin tone) to talking about her husband, “if any”, Prajwala has playtime with Mrudula.

Stay tuned to watch how evil, evil could get. Check out more episodes and interesting stories on Ninne Pelladatha. For more, check out Kalyana Vaibhogam on ZEE5.