India’s largest multi-platform knowledge program Mind Wars, an initiative by Zee Entertainment Enterprises Limited, has commenced its journey on a high note witnessing a record number of 5000 schools across the country registering for the comprehensive quiz platform.

Since its inception in April 2019, the content of Mind Wars has generated a high level of interest in the education community. Riding on the back of this gripping concept, Mind Wars is redefining the gaming genre in India for a generation that’s driven by knowledge and committed to seizing a world of many opportunities. The Mind Wars quiz on the ZEE5 app has been witnessing a rapid increase in participation from its launch in April 2019, and the game has already on-boarded students from over 5000 schools competing digitally, until its launch on the Hindi general entertainment channel Zee TV.

The Mind Wars quiz launched on Zee TV on 26th January 2020 and is spread across 21 weeks.

Participants of the quiz on the app stand a chance to win daily and monthly prizes. Extending it further, students tuning in to the show for the first time on TV, stand a chance to appear as contestants in the existing season by playing online qualifiers on Mind Wars. Enhancing the engagement level further, the audience can also play along with their friends and peers and promote healthy competition among themselves.

Speaking on Mind Wars’ success, Umesh Kr Bansal, Sr. Vice president, Zee Entertainment Enterprises Limited, said, “Mind Wars has reached more than 15 million school kids in its first year itself, making it one of the largest school outreach programs in the world. While children from grades VI – X across 5000+ schools are playing Mind Wars on ZEE5, our team has in fact touched more than 30,000 schools across the country. The property has also been formally endorsed by the education department of two state governments. As we enter the second year, we shall continue to scale up and make this into a unique property across the world.” 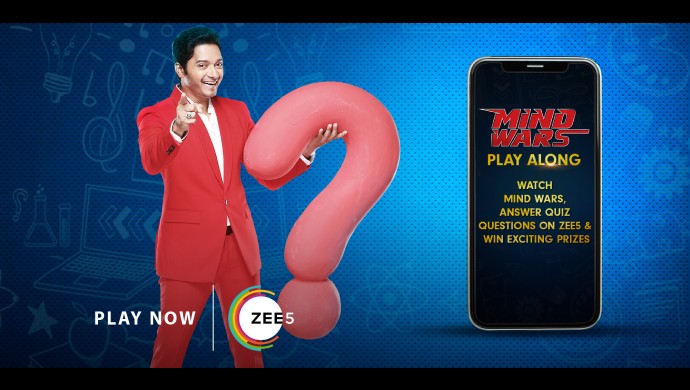 Quiz Master Kunal Savarkar added, “We are pleasantly amazed by the growing popularity of Mind Wars and would like to thank the audience for the gratifying response. We feel a sense of pride in talking about a game that not only entertains the participants but also enriches their general knowledge by enlightening them with several unknown facts about the country. The fact that audience across 575 districts from 36 States and UTs are participating in the game is a testament to the game’s countrywide inclusion. This movement has spearheaded our growth and we hope that the country continues to participate with the same fervour.”