In the next episode of the Zee Marathi show Maza Hoshil Na, we will see how Sai is extremely angry and Shashikant dons the suit of a monkey to cheer her up. But Sai refuses to do so, she talks to her father and vents her heart out. She tells him how she loves her parents but does not want them to interfere with her friendships and other matters. She also tells him that they must scold her but also listen to what she wants to say. Her father tells her that he has made dinner reservations and they all should go but Sai refuses to go.

On the other hand, Aditya’s senior Joshi sir scolds him as he spots him playing with Sai’s gift – the piggy bank. But Aditya tells him not to interfere in his personal matters. Joshi sir gives him some money and his first salary. Aditya is extremely joyful and happy. He thanks Sao for giving him the piggybank. But she does not receive his call. He decides to visit her house. 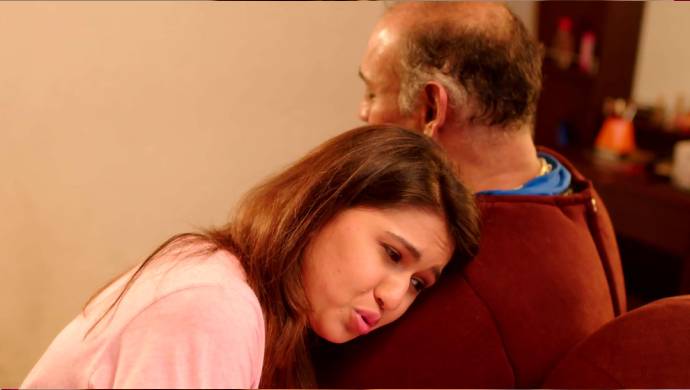 Aditya plans on buying gifts for his uncles. He wants to buy a hot bag for Bandhu mama, a goggle for Bhai mama and a shirt for Dada mama but he decides to give a present to Sai as well. He goes to the Birajdar mansion and sees that Sharmila and Shashikant are going out. He enters with Chandu Kaka’s help.