In the previous episode of the Zee Marathi show Maza Hoshil Na, we saw how Sai met Suyash and told him that she was not ready to marry him. He taunted her by saying that Aditya cannot give her the monetary pleasures that he can, but Sai was adamant. Later, Suyash met Aditya and told him that he had influenced Sai. But Aditya explained to him that he had the golden chance of making Sai his wife but he only treated her as if she were a trophy that he had won.

In the next episode, we will see that Sharmila Birajdar and Shashikant Birajdar discuss the consequences of their daughter’s decision. They set out to correct her decision and Shashikant confesses to his wife that he is scared of getting arrested. Meanwhile, Aditya comes to meet Sai and she tells him that she is free. She comes to meet him and he asks her the reason behind breaking the marriage arrangement. Sai tells him that she cannot bear anyone disrespecting their relationship. 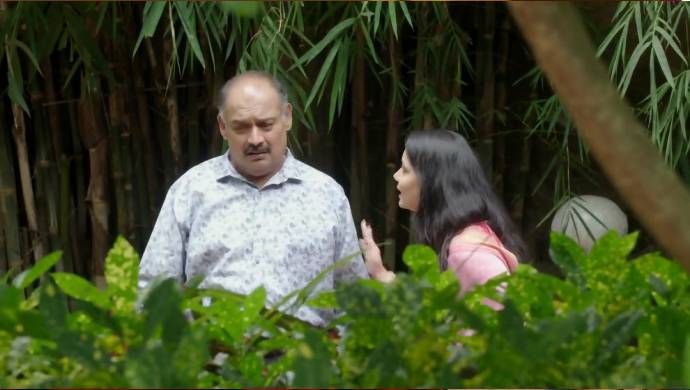 Later, Aditya’s Bhai Mama calls up Aditya and asks him if he has a girl who he wants to marry. Aditya questions him, and his uncle reveals that if Aditya has already chosen a girl, then he will take her home and then Aditya can just say yes to Bhai Mama’s choice. Meanwhile, Sai comes in front of Aditya and he is about to blurt her name but refrains from saying anything.