In the next episode of Gautami Deshpande and Virajas Kulkarni starrer show Maza Hoshil Na, we will see how Aditya calls up Suyash and asks him for a favor. He tells Sai’s beau to apologise to her and also asks him to be cordial with her. But Suyash calls Aditya of a middle-class mindset and abuses him. He also tells him that Sai is his wife and he would do anything with her. He also adds that Aditya should mind his own business. But after hanging up the call he calls Sai and tells her that he is sorry. He also says that he wants to meet her in the evening but Sai puts forth a condition.

On the other hand, Aditya goes to the office and his seniors tell him that he has to do a lot of work and he must not sleep. Aditya feels drowsy after the night of adventures. Sai calls him to tell that Suyash called to say sorry and that she is extremely happy about it. Sai realises that Aditya told Suyash to call her. She asks Aditya to meet them in the evening. 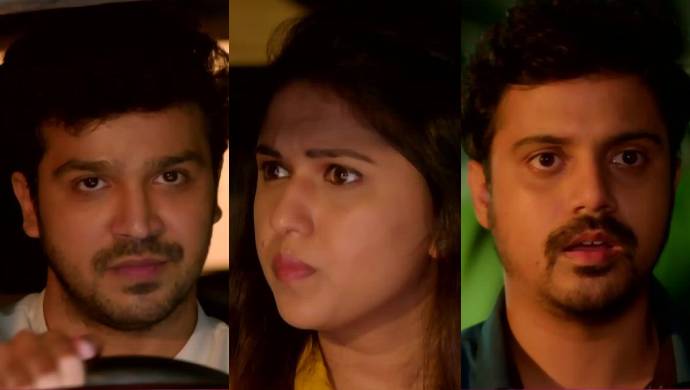 Meanwhile, Aditya’s Dada mama finds a restaurant bill in his shirt’s pocket. When he goes through it he sees alcohol and freaks out. He goes to his brothers who are all laughing and cracking jokes. He tells them that the Brahme household and teachings are doomed. He also adds that they have no future. When Bhai mama asks what happened, Dada mama harshly tells him to shut up and shows the bill which has alcohol written on it.

What will happen next? Stream Maza Hoshil Na premiere episodes before Tv only with ZEE5 Club Pack! Avail exclusive films, ZEE5 Originals, and series at just Rupee 1 per day!