Marry Suyash Or Settle Down With Aditya – What Would You Do If You Were Maza Hoshil Na’s Sai? Vote Now!

Who would you pick as your prospective partner between Suyash and Aditya, if you were Maza Hoshil Na’s Sai? Cast your vote inside!

Maza Hoshil Na is a romantic comedy revolving around the life of Sai (Gautami Deshpande) and Aditya (Virajas Kulkarni). Although the two have contrasting personalities, we know that they are meant to be together. Despite being in talks for quite some time now, Sai and Aditya still haven’t confessed their love. The two are taking it slow and respecting each other’s feelings. However, it’s getting difficult for both of them to survive the stormy waters in their relationship. Sai’s parents have selected Suyash as her prospective partner without taking into consideration her feelings. Sai is forced to go out on dates with him and we recently saw how bad it turned out to be.

Watch the episode where Sai goes on a date night with Suyash here.

On the date night, Suyash got sloshed. He started abusing Sai and disrespecting her under the influence of alcohol. Suyash even declared that he owns Sai who he would soon be getting married to. Suyash’s arrogance got on the nerves of Aditya who decided to take a stand for Sai. He protected Sai from Suyash’s taunts and consoled her when she started crying. Unlike Suyash who left them stranded in the middle of the night on an empty road, Aditya offered help and gave Sai shelter at Pintya Mama’s garage. That’s where the thought of being together in the future sparked between Sai and Aditya. 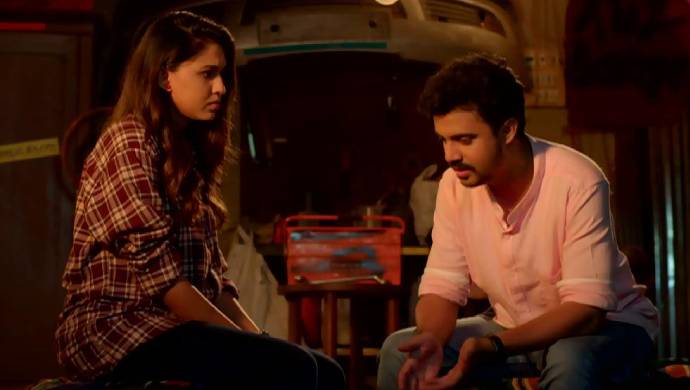 However, we know that Sai is in a dilemma as she has made a pact with her parents of getting married to Suyash. Sai would never hurt her parents even if deep down she loves Aditya. Although it would be interesting to see who she settles down with eventually. While she makes a thoughtful decision, we thought of asking you guys, what you would do if you were Sai? Follow your heart and be with Aditya or get married to Suyash reluctantly? Cast your vote below!