In the next episode of the show, Kumkum Bhagya we will see how Abhi overhears Rhea speaking to Aliya and he hears her say that Prachi should be dead. Abhi scolds Rhea as well as Aliya and asks his sister to stop supporting Rhea’s evil intentions. He also tells Meera and Mitali bhabhi that Rhea wants Prachi to die. But Aliya supports Rhea and tries to cover up her mistake. Later, Abhi apologises for over-reacting and asks Rhea to help him. He tells her that Prachi’s blood group matches theirs and they need to donate their blood. Rhea tells him that she does not feel okay. Meanwhile, Aliya gets scared that Abhi would know that Prachi is his daughter!

Further, we see how Aliya tries to think of stalling Abhi from going to the hospital. And Rhea tells him that she is feeling nauseous. Abhi cuts his palm and blood oozes from it. Dadi spots this and asks him to stay home as she has to bandage his hand. Abhi asks Rhea to go ahead as it is an emergency. Rhea goes to the hospital but does not leave her car as she sits inside listening to loud music. She lies to Abhi. 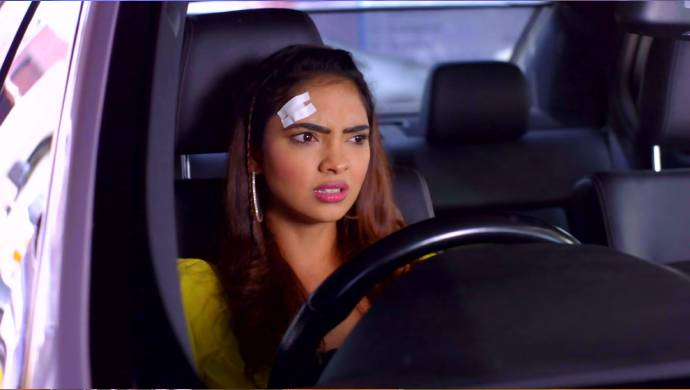 On the other hand, Pragya leaves the hospital and goes to the place where Ranbir has kept the truck driver. She finds him tied to a chair and asks Ranbir to let her talk to him. She tries to make him conscious.