In the next episode of the show Kumkum Bhagya we will see how Prachi reached the mandap and sat next to Ranbir. When the scuffle between Maya and Prachi occurred, Maya was knocked unconscious by Prachi and Ranbir. When Maya’s mother comes to ask them to come to the mandap, Ranbir grabs her attention and asks Prachi to hide Maya. She hides her with the long curtains and takes her dupatta. She makes a ghungat and Maya’s mother thinks that it is her daughter. Later, Maya’s uncle comes and threatens Ranbir. He tells him that if he doesn’t ask Maya to come down in five minutes he will kill everyone.

Ranbir tries to convince Prachi to sit with him until Abhi comes to save him. He forces her to marry him but she does not accept. Then Ranbir begs her to save his life and Prachi has no option. She dons the extra spare lehenga and looks exactly like Maya. She walks with everyone to the mandap. Ranbir asks Aryan to come to Maya’s room and asks him to hide her. He also tells him to keep her away from he mandap if she regains consciousness. 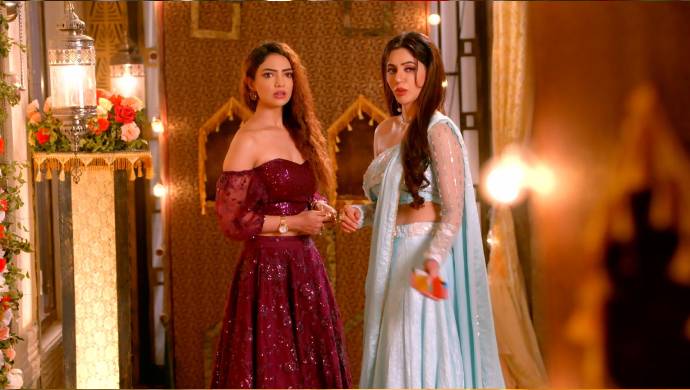 Meanwhile, Pragya searches for Sarita, Prachi, and Shahana. And Aliya starts planning against Maya and her uncle. She asks goons to kidnap the bride and asks Rhea to don the bridal lehenga and sit next to Ranbir for the marriage!